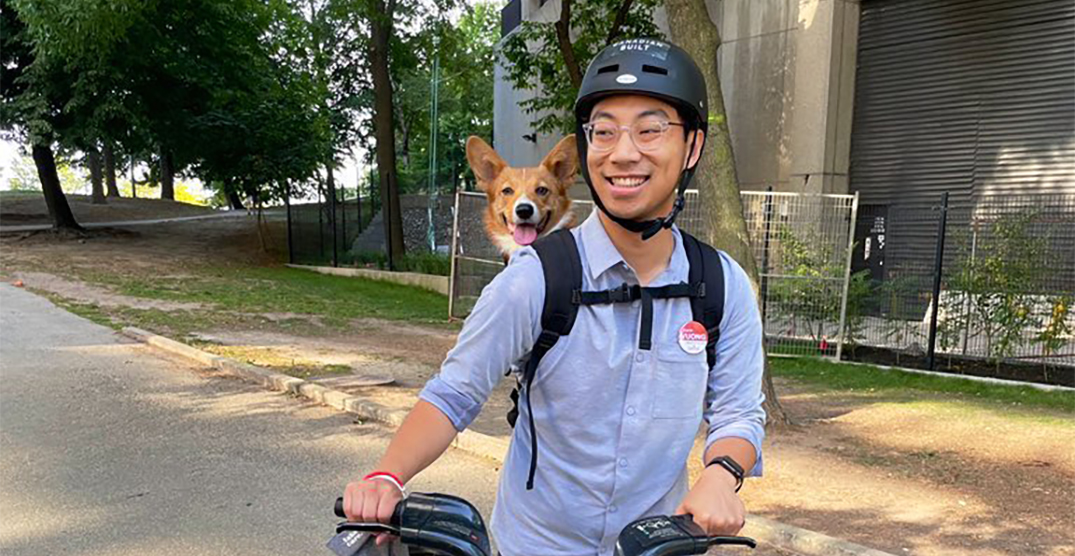 A former Liberal candidate who was ousted by the party over a dropped sexual assault is currently leading in Toronto’s Spadina-Fort York riding.

The Liberal party dropped Kevin Vuong on Saturday after it was revealed the candidate previously faced a sexual assault charge that didn’t end up being prosecuted.

Vuong is now running as an Independent, but his name was already printed on the ballot as being a Liberal candidate. Voters who cast ballots by mail also may have done so before news of the sexual assault charge broke.

Vuong currently has the most votes of any candidate in Spadina Fort York. Elections Canada has counted 16,955 votes for Vuong — about 1,300 more than for NDP candidate Norm Di Pasquale.

Many mail-in ballots still need to be counted, and Elections Canada has said results may not be final until Wednesday.

Kevin Vuong campaigned for most of the election as a Liberal candidate until the party found out about the sexual assault allegations on Friday. The Liberals initially asked Vuong to “pause” campaigning before cutting ties with him completely the next day.

Court documents obtained by the Canadian Press confirm Vuong had been charged with sexual assault in 2019. The charge was withdrawn later that year.

Vuong has denied the allegations.

With files from the Canadian Press