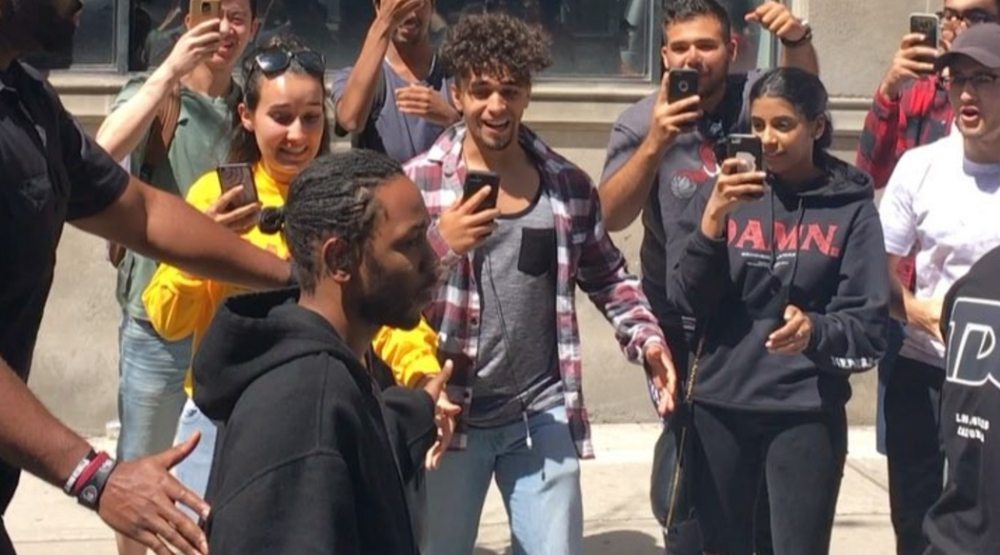 Sometimes being first in line isn’t everything. Thousands turned up to the Kendrick Lamar pop-up in Toronto today and while those first in line might got first choice, its the people let in around the three o’clock mark that really lucked out because Kung Fu Kenny himself turned up.

Held at LiveStock Toronto on Spadina, The DAMN. pop-up store is on today until 7 pm. Meanwhile, the rapper takes the stage at the ACC later tonight.

Look who decided to stop by the DAMN. Pop-Up…

DAMN. @kendricklamar just pulled up to his Toronto pop-up shop. 🐐