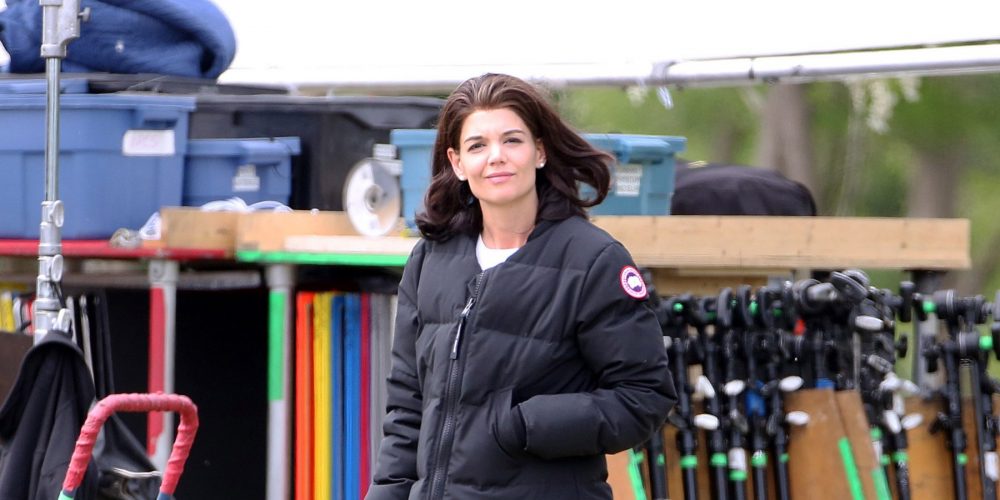 Katie Holmes has been spotted all around Toronto filming and last week our cameras caught up with her and co-star Matthew Perry filming in the park. The Kennedy’s After Camelot is the sequel to 2011’s The Kennedy’s.

Holmes has been getting a lot of media recognition for her portrayal of Jackie Kennedy, appearing to some as a perfect mirror image of the American icon.