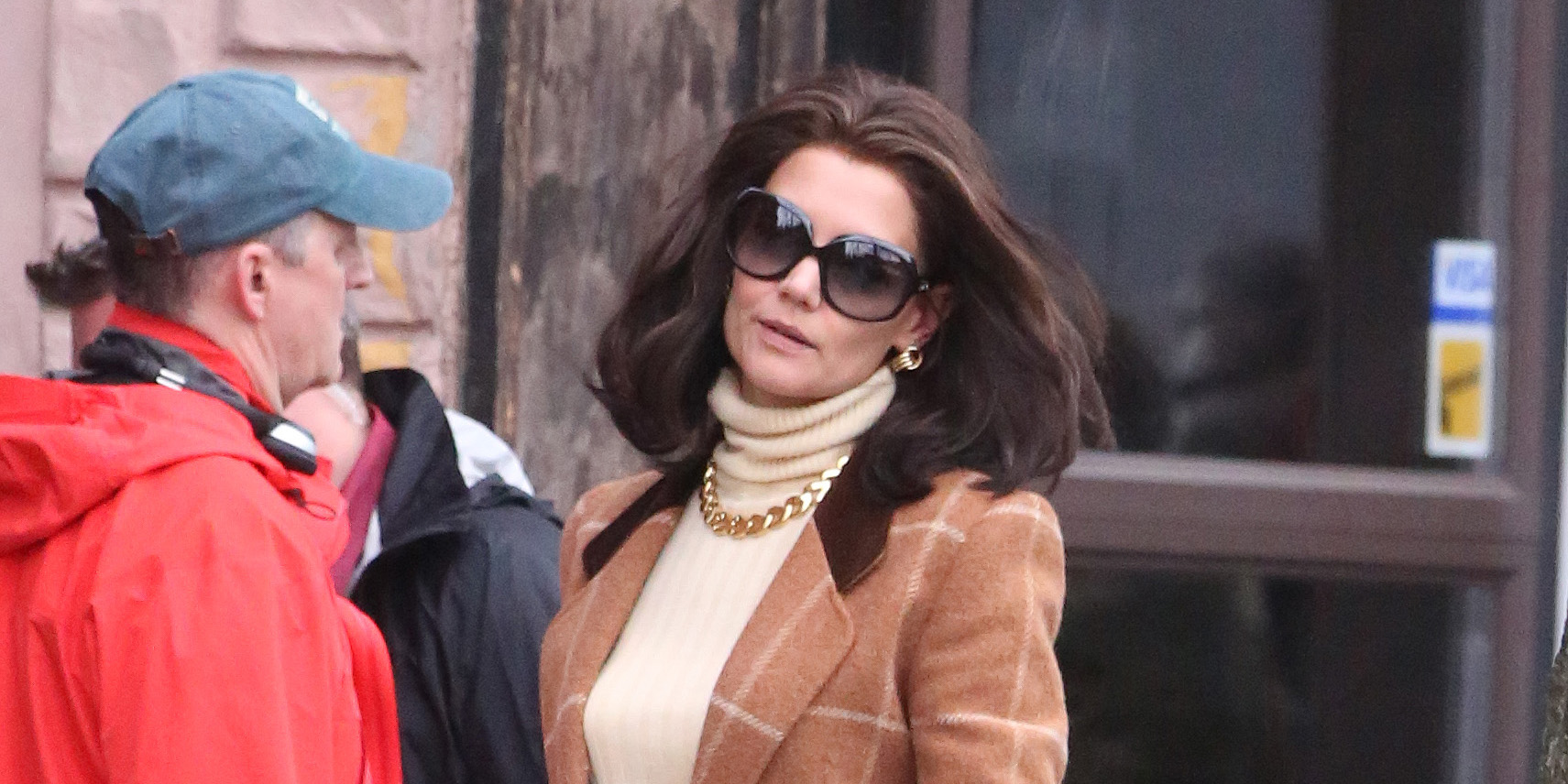 Katie Holmes is currently reprising her role as Jackie Kennedy in the sequel to 2011’s The Kennedys, and, recently, she has been spotted filming all around the city.

Last week, we spotted Holmes in a stylist brown jacket, filming a scene involving Jackie attempting to avoid the paparazzi chasing her around town.

After Camelot will continue filming around Toronto until June 29. 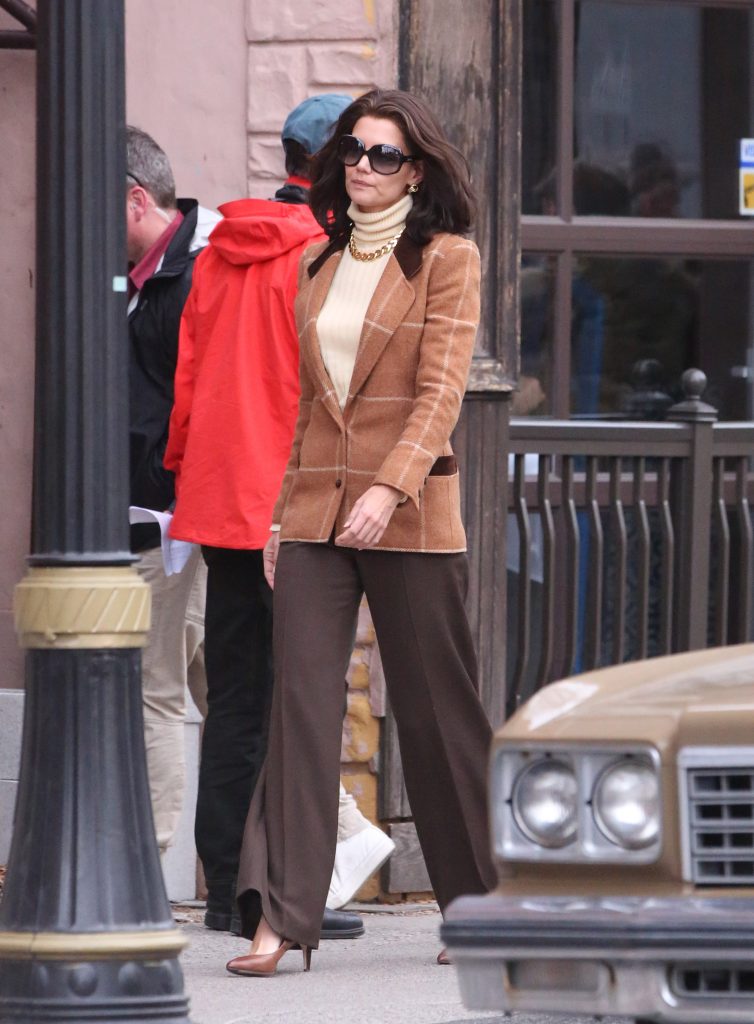 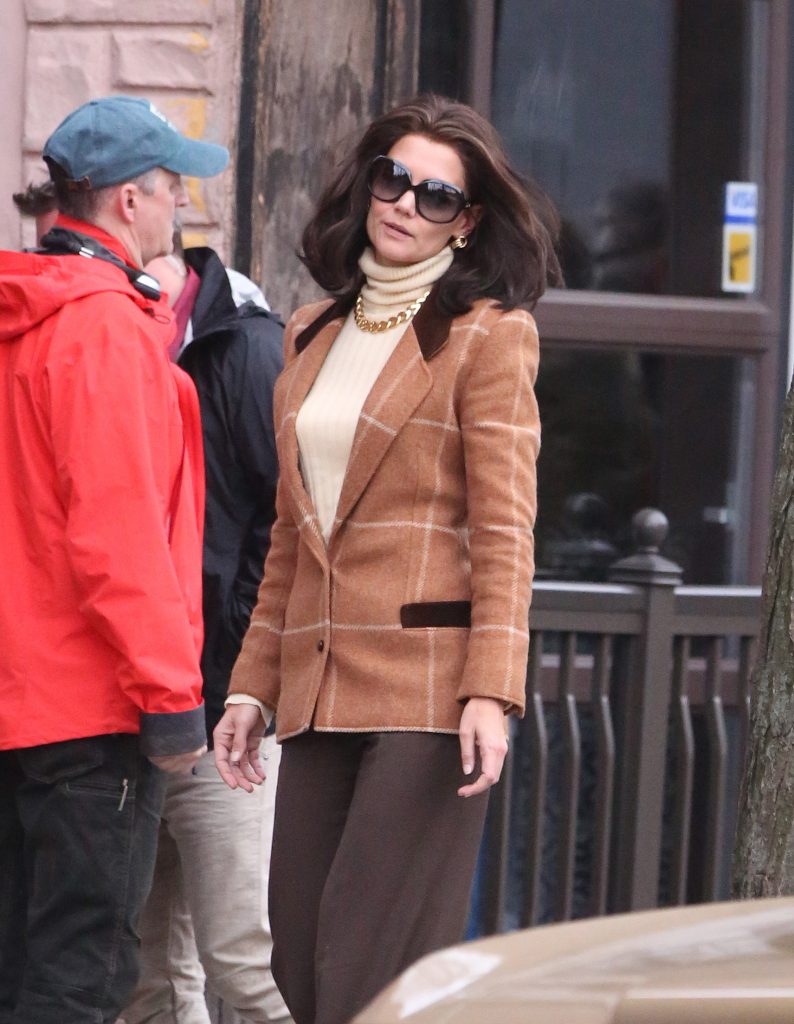 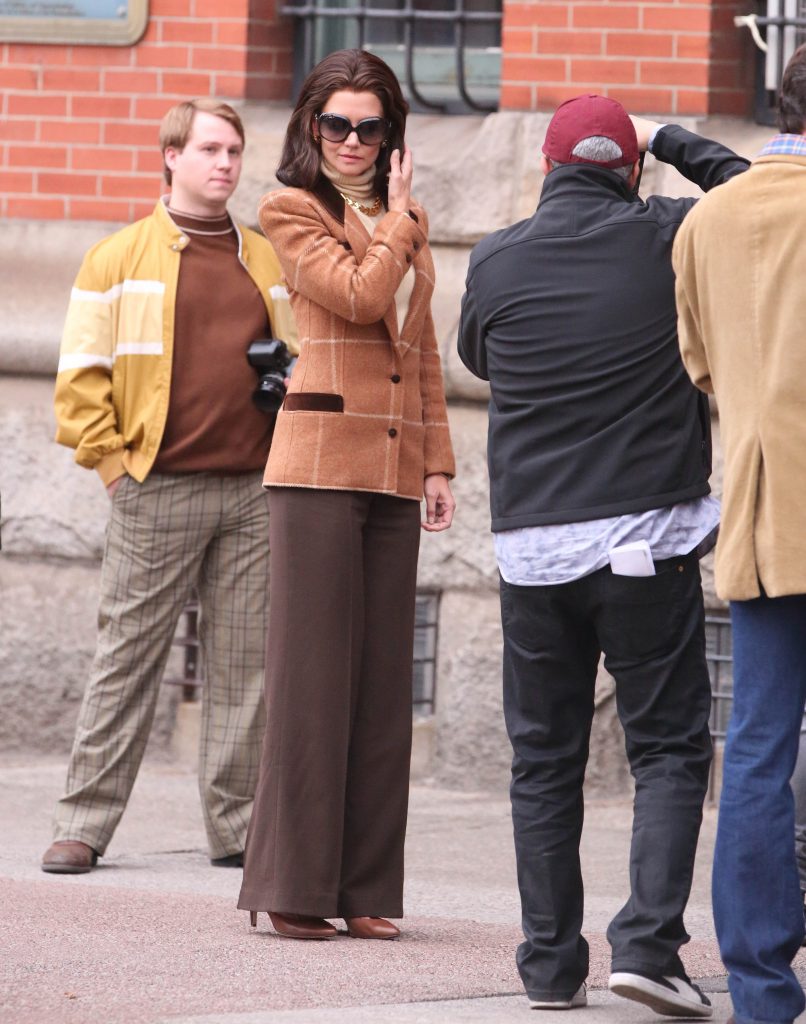