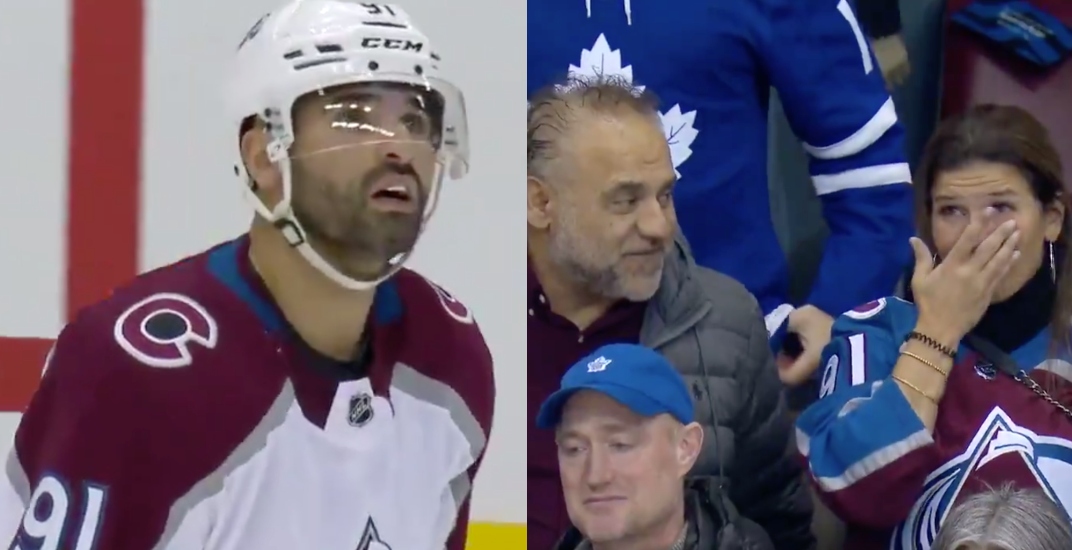 Making his first visit to Toronto as a visiting player, it was an emotional night at Scotiabank Arena for Nazem Kadri.

It was emotional for the fans in the stands too.

Among them were Kadri’s parents, who watched their son return to play his hometown team for the first time.

The Toronto Maple Leafs played a video tribute on the scoreboard during the first period, honouring a player who gave his all to the organization for nine seasons. Leafs fans responded with giving Kadri a standing ovation, which had his mom in tears by the end.

Kadri raised his hand and put his hand over his heart to show his appreciation.

“Much love to the [Maple Leafs] fans and organization,” Kadri said on Twitter after the game. “I will never forget you guys.”

The feeling was mutual.

A standing ovation for @43_Kadri in Toronto as the @MapleLeafs welcome him back with a special tribute video. 👏 pic.twitter.com/zIp8zRngdN

Much love to the @MapleLeafs fans and organization. I will never forget you guys 🙏🏼 https://t.co/vdZ8TM4E9M