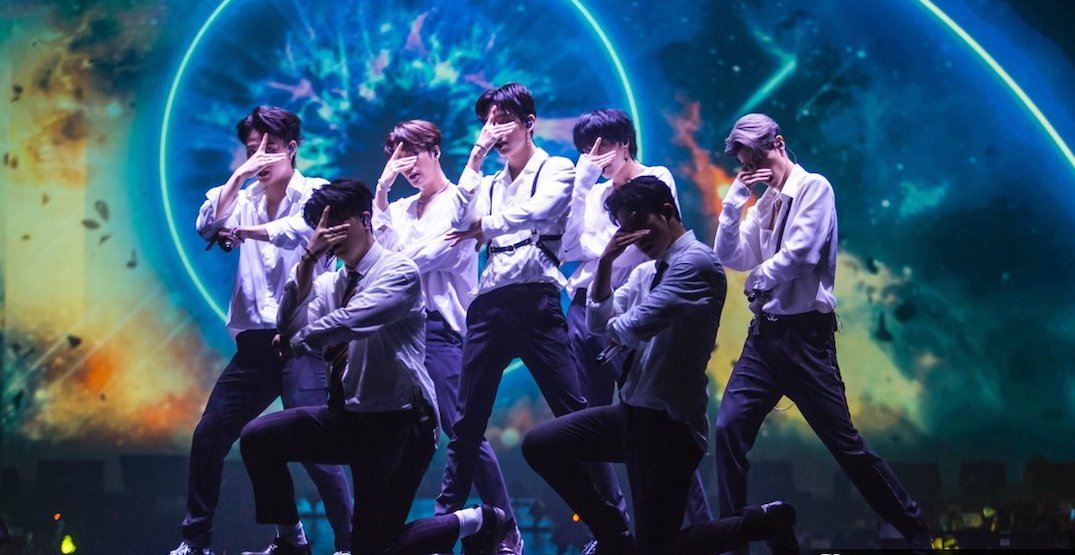 Toronto K-pop fans, mark your summer calendar and get excited for a night full of hit songs and cool dance moves.

As part of their 2018 world tour, hitmakers GOT7 are coming to the city this July, for a concert at the Air Canada Centre.

This will be the group’s third time in Toronto, after headlining Toronto’s K-pop Con in May 2016 and hosting its first Canada Fan Meeting in November 2016. The members also successfully held a fan meeting in Vancouver that same year.

GOT7 will be just the second K-pop group ever to hold a full-length solo concert at the Air Canada Centre, three years after the popular group BIGBANG’s 2015 concert.

The seven boys — yes, they are named GOT7 for a reason — debuted in 2014 under JYP Entertainment, one of the top three entertainment companies in South Korea.

Made up of members from South Korea, the United States, Thailand, and Hong Kong, the group has gained international success in recent years.

Concert-goers will also have the opportunity to hold hands with their favourite member — if they pay $319 for a P1 ticket first, which includes a private “Hi-Touch” event with the boys and some official tour merchandise.

While their concerts usually sell out within minutes, there is still a limited amount of tickets up for sale. Hurry before anyone else snatches them!

GOT7 live in Toronto