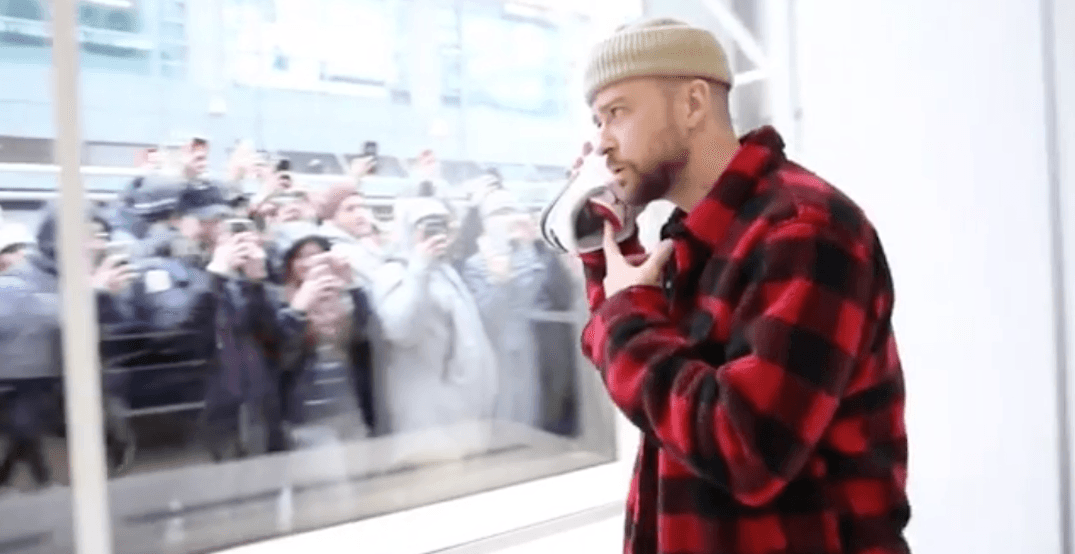 And last night, Timberlake took some time off from singing in Toronto to drop by the Air Jordan store on Yonge Street and delivered some of these highly sought after sneakers.

“Wanted to thank The Six for a great opening show, so I dropped some 2-Minute Warnings at the Jordan store in Toronto tonight,” he said, sharing a video of the crowd cheering for him downtown.

Timberlake kicked off his Man of the Woods tour at the Air Canada Centre on Tuesday night, and it was his first of three dates in Toronto. He is back on stage tonight.

And although his wife Jessica Biel was spotted at his Tuesday show, there was no sign of her at the Jordan store on Wednesday.

And for those wondering, here’s what the shoe looks like.