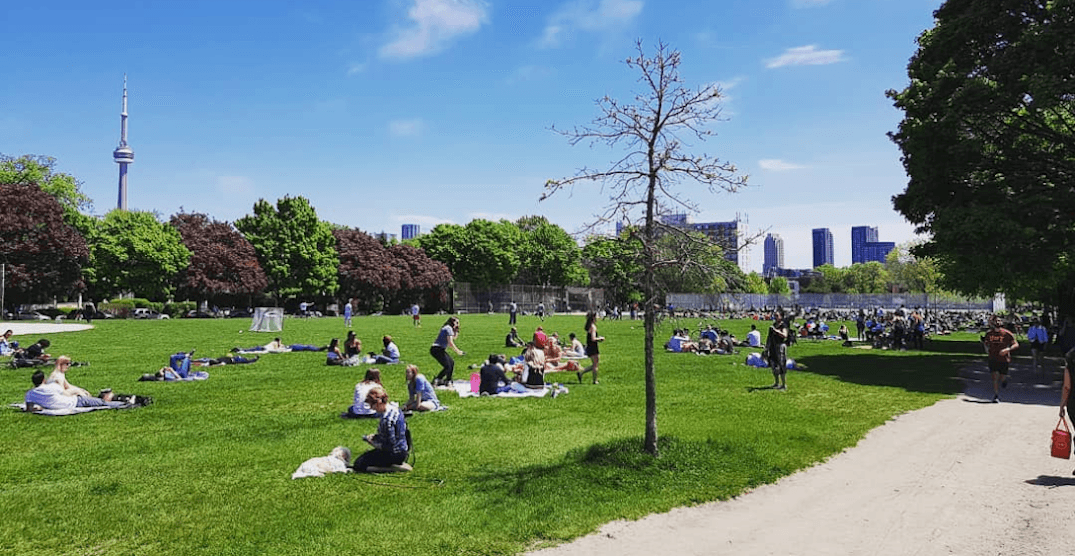 Toronto’s parks are the bright green gems of the city, and in the warmer months, many residents head down with a blanket, some snacks, and maybe even a bottle of wine.

Each summer, groups of friends take advantage of these urban gardens to soak up the sun, and enjoy a harmless glass or two with friends.

But, despite usual chill Sunday Fundays at Trinity Bellwoods with some local tall cans, the practice of drinking in parks is technically illegal.

In fact, according to the Toronto Municipal Code, while in any park, you should not have an open container of any liquor, unless in a designated area that’s “authorized by permit and with the approval of the Alcohol and Gaming Commission of Ontario.”

And while swigging a beer or popping the cork on a bottle of wine in public parks often gets the blind eye, you can get fined and it’s not necessarily cheap. The act can cost you up to $300, which is quite the price to pay for a drink.

But now, Mayor John Tory, who is seeking re-election on October 22, said that he’s willing to look into legalizing drinking in parks.

“If we’ve got over this great revolutionary development where people at Pride this year could actually walk a block down the street at the Pride Festival with a beer in their hand without the world coming to an end, that we could take a look,” he told reporters on Thursday.

“And I know from being in the parks now that it’s a wide practice for people to have a glass of wine and it doesn’t seem the world has come to an end as a result of that either.”

What do you think? #TOPoli #onpoli pic.twitter.com/GmSLJhHfgM

It meant that rather than being confined to beer gardens, 19+ festival goers with a wristband will be able to purchase alcoholic drinks from participating partners and walk around designated areas across the festival.

Could this be applicable to our Trinity Bellwoods Sunday Funday soon?