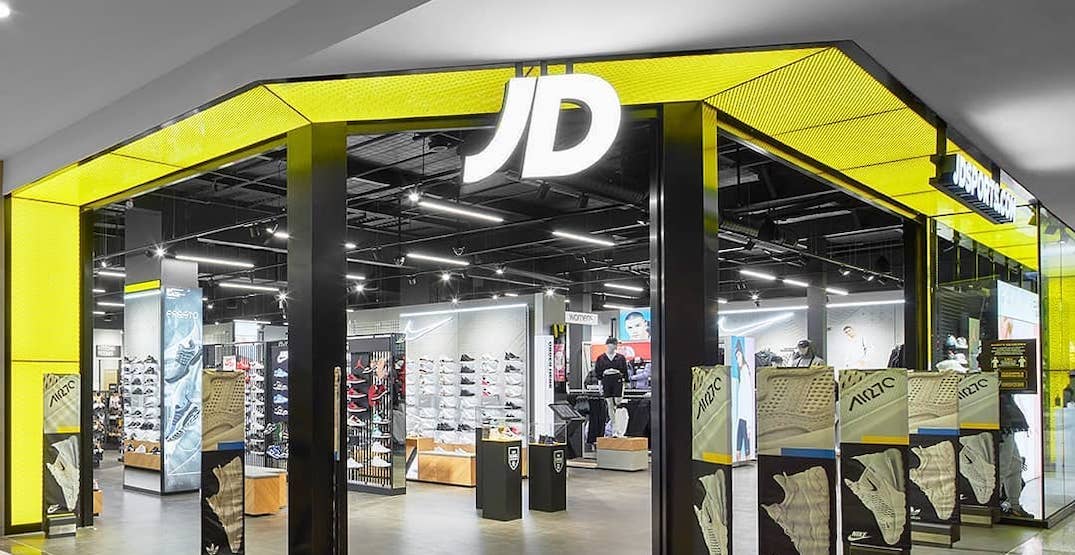 JD Sports, a UK-based sportswear and sneaker retailer, will be opening its first Toronto location in Fairview Mall.

Sneaker fans will now have more chances to get their hands on the most sought out kicks.

An opening date for JD Sports has not been announced just yet, but it will be located right beside the Apple store and The Body Shop at Fairview Mall.

First founded in 1981 in Bury, Greater Manchester, JD Sports has since expanded with storefronts in the United States, United Kingdom, Europe, Asia, New Zealand, and Australia.

The company is a subsidiary of the JD Group umbrella, which owns a number of other prominent sports fashion and footwear retailers such as size?, which recently opened its first Toronto location, Foot Patrol, Finish Line, Shoe Palace, DTLR, and Livestock.

As for more store openings, JD Sports also has its eyes set for the west coast, opening a location at Surrey’s Guildford Town Centre.

Excited to check out what they have in store? We’ll keep you updated on an official opening date.