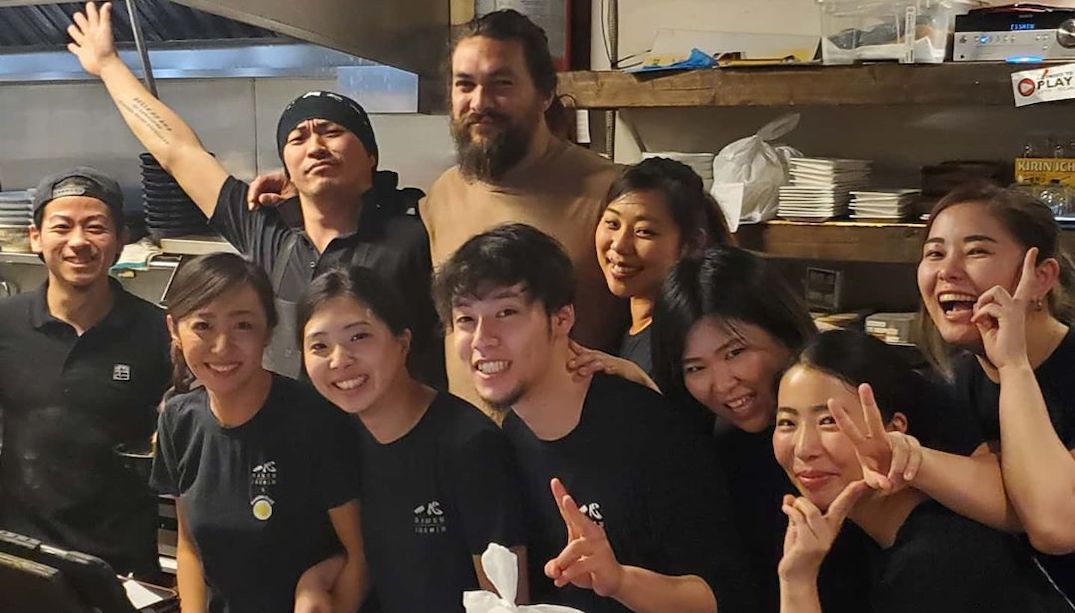 Jason Momoa is filming in Toronto, and the Game of Thrones alumni has been spotted around the city since the weekend.

Momoa, also known as Aquaman, spent a lot of time filming on the west coast last year, and was clearly a fan of Vancouver’s ramen scene.

And with Apple’s second season of See filming in Toronto now, Momoa is bringing his love of ramen to the city too.

The star was spotted at Ramen Isshin on College, posing with the staff for a picture that was posted on Tuesday.

Just a few days ago, it looks like Momoa was spotted walking around in Parkdale.

A photo of the actor was shared on Parkdale Life, and commenters shared their sightings of the See star.

See is scheduled to continue filming in Toronto until July, so who knows where the star might show up next.

The city does have plenty of ramen restaurants, after all.