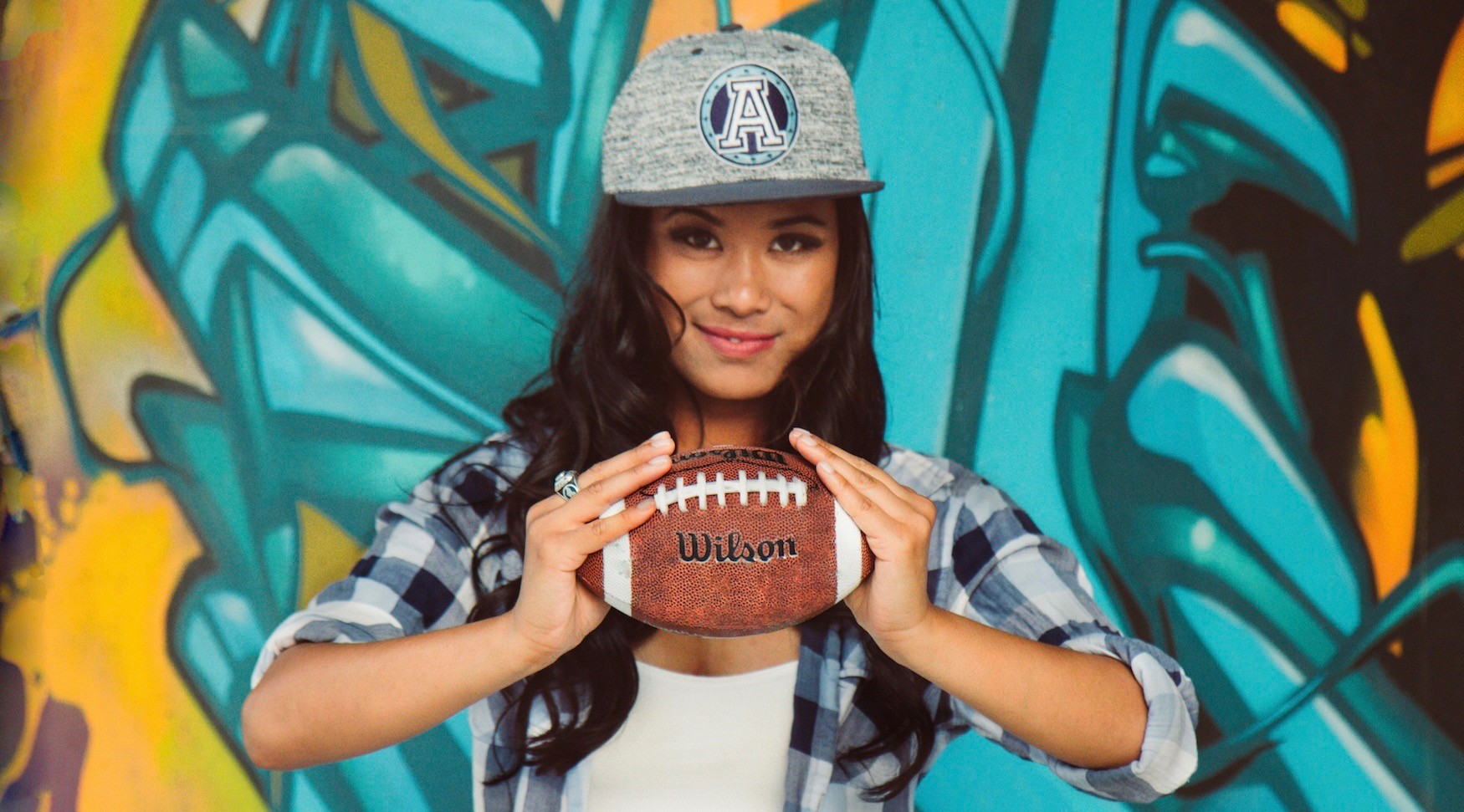 As if you’d somehow been able to miss it, the 104th annual Grey Cup game is this weekend in Toronto.

And yes, there have been parties.

But the actual game being played today is also the first Grey Cup to be played at the Argos’ new home: BMO Field.

While the new digs may be windier than the Rogers Centre, in-game host for Toronto Argos games and the 104th Grey Cup, Jackie Perez  assures us everyone seems happy with the switch to an outdoor field: “From a fan perspective, everyone I talk to agrees: football’s meant to be played outside.”

And at 6:30 pm tonight, it will be, as the Calgary Stampeders take on the underdog Ottawa Redblacks. Perez, of course, will be right there on the 50-yard line (and just about everywhere else in the stadium) through all of the action.

“My job is to get the fans really excited.”

That means Perez and her team are working from as early as 4-hours before kickoff to ensure an interactive, engaging, and exciting experience for fans every single second the ball is not in play. From contests to interviews to giveaways, Perez tells Daily Hive that each game is planned to a T on their end. Luckily, Perez has a lot of experience.

There’s an open call for Argos cheerleaders every year, and in 2011 she applied and was accepted as a ‘promotional’ cheerleader. She tells us that at the time she had a “secret plan” to work her way up – and it worked. She quickly rose through the ranks, earning Rookie Cheerleader of the Year honours before being made team captain in her second year. By her third year she moved into social media and pitched a web series – Beyond the Poms – which she hosted.

All of this success meant Jackie was a pretty obvious, and amazing, choice to be the in-game co-host for Argos games when the opportunity came up.

Of course, when you say things like, “Popcorn and hotdogs in a sweaty, sweaty space – that’s home,” it’s fairly obvious football games are your business.

In fact, it’s through the Grey Cup that she’s gotten to know the business of the CFL best:

“Only by witnessing the CFL through the Grey Cup festival did I realize how Canadian this game is and how many stories come out of it. You’re bringing Canada to the city, basically.”

And Canada should expect quite an experience in Toronto today, with fans from across the country attending the tail-gate parties and events, including, of course, the big game, where they’ll truly have a chance to feel like they’re part of the historic action.

At BMO Field it’s so great to hear the fans and it’s so intimate. It’s open. The theme of this year was, ‘Fresh Air, Fresh Start’. Even the very top of BMO you still feel so connected, so invested in the game. And the view there is so great. You can see everything.

As for who she’s cheering for today? “Let’s keep it in Ontario,” Perez says.

Sounds good to us. 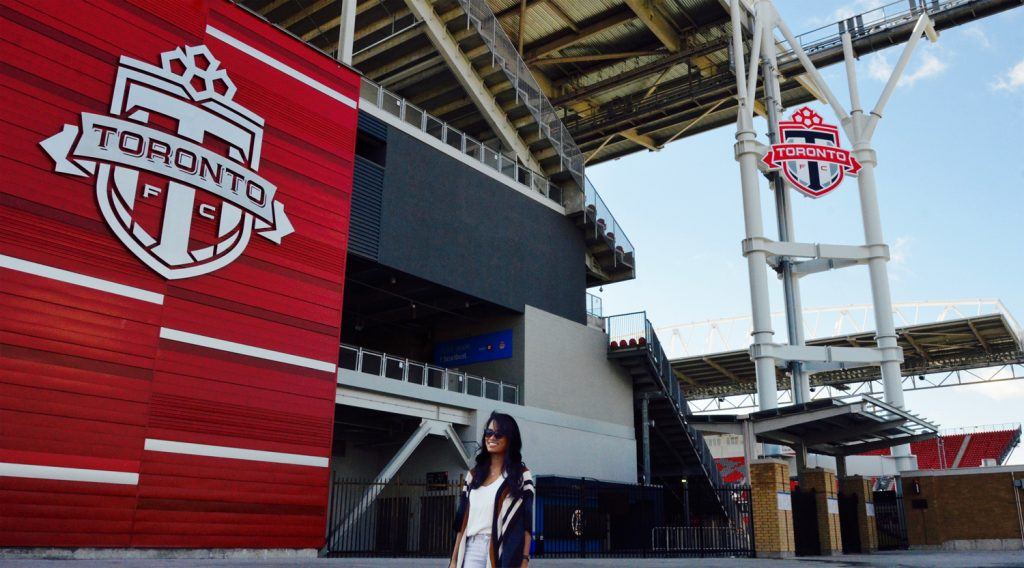