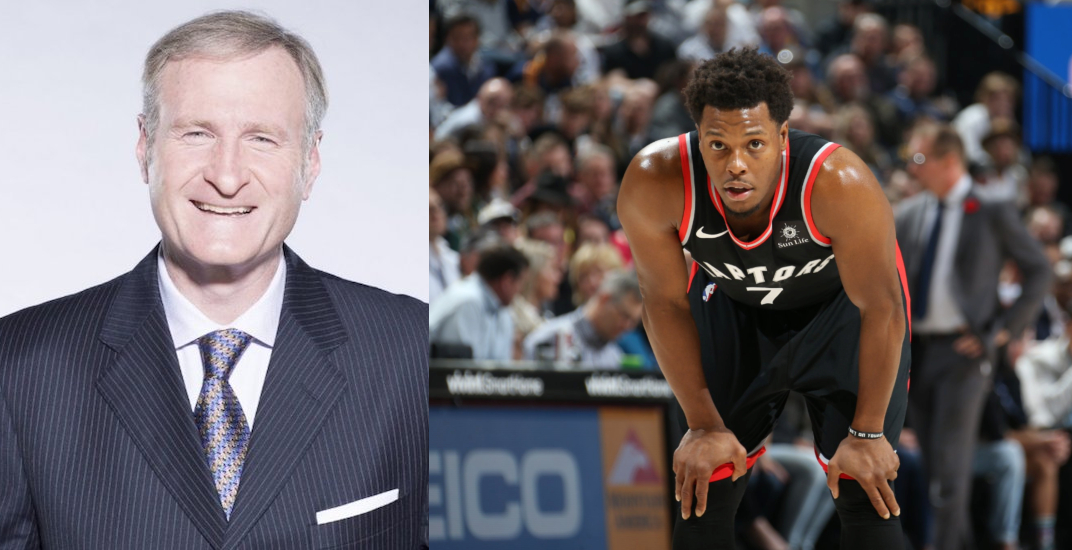 When the Toronto Raptors acquired Kawhi Leonard and Danny Green from the San Antonio Spurs, the expectation for this team was to win. Like, win now.

Well, so far so good.

Just 22 games into the season, this team has a different feel to it. Sitting in first place in the NBA with an 18-4 record, it’s clear that this is the most talented team in Raptors franchise history.

As a basketball analyst with TSN for the past 10 years, Jack Armstrong has seen a lot of ups and downs concerning the Raptors.

Can they win it all this year? Who better than give us insight than “The Coach.”

And well, he’s telling us there’s a chance.

“Potentially they have a chance. You want to see them against higher-end competition on a consistent basis, to be able to evaluate truly how good they are. By late December, early January we are going to see better competition and it will give us a better sense to truly how good they are,” Armstrong said in an interview with Daily Hive. “They have a chance to be really really good. They can be really good given the fact of their offensive efficiency, how many weapons they have offensively.

“Defensively they have a lot of guys who can guard multiple positions. In today’s NBA in terms of switching and getting different looks defensively. They can show a lot of different things and play a lot of different lineups. I like their potential but that is what it is in the long-term. The short-term though has been fabulous. There isn’t a lot of areas to be upset about.

“I’m excited about their potential.”

Armstrong likes what he sees in the additions of Leonard, Green, and Greg Monroe, who have elevated the team from pretenders to contenders.

“I think the Raptors a year ago, even though they had a great season when push came to shove, their lack of experience was going to hurt them,” said Armstrong. “I think when you add Leonard, Green, and Monroe to your team, and the rest of your roster has gotten a year older, I think this teams confidence level and experience is a lot better. To me, that is as valuable as the talent.”

The Raptors are a versatile group, helping to be able to switch on defence and offence.  It’s massively important for any team in today’s NBA.

While Toronto is having success as a team, Armstrong believes credit has to go to head coach Nick Nurse. Taking over from Dwane Casey, many people assumed that Nurse would run the same systems as the previous regime, but that has been far from the case.

Toronto is playing aggressive, with just one ‘big’ at a time, and really emphasizing shooting. Armstrong believes the Raptors have bought into Nurse’s system.

“I feel very confident that each game he coaches, he is going to get better and better. They are more aggressive defensively than they have been and that is a nice development.

“On the offensive side, there is no question that his decision to start only one big has opened up what they are trying to do. Serge Ibaka and Jonas Valanciunas have bought in and done a really nice job.

“I think Nick Nurse is ahead of the curve in regard to that.”

The next test comes Thursday against the defending back-to-back champion Golden State Warriors.