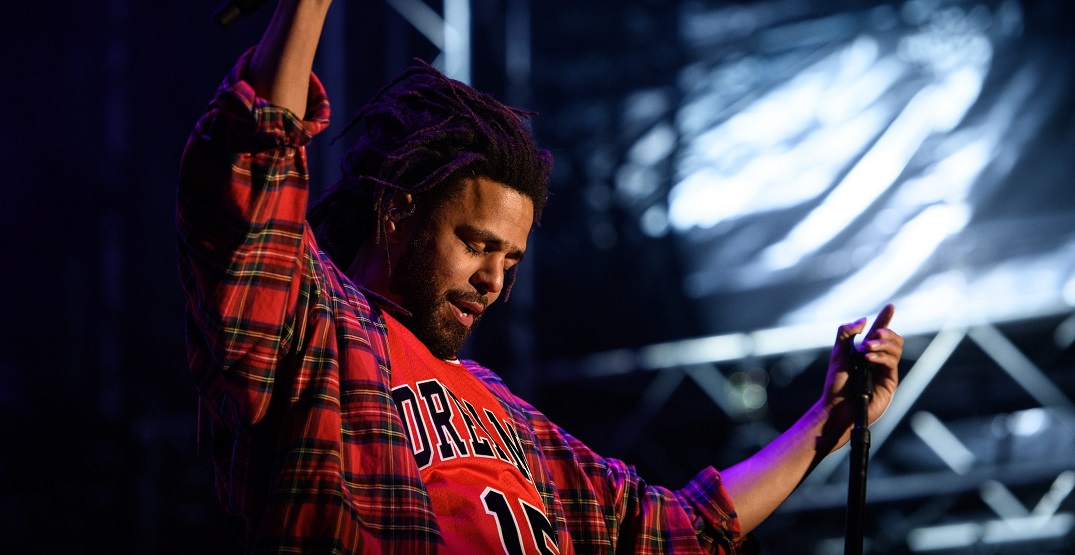 J Cole is hitting the road for his tour, a sentence that usually would have little impact on the sporting world.

But for the Scarborough Shooting Stars of the CEBL, they’ll be losing a teammate for the time being — perhaps permanently.

In case you missed it, Jermaine Cole has been playing this season in the Canadian pro summer league, suiting up for Toronto’s expansion franchise.

J Cole has tour stops at the Governor’s Ball in New York this weekend, before an appearance at Bonnaroo Music and Arts Festival the following weekend. He also has three tour appearances in Europe spread across July, before playing at Lollapalooza in Chicago on the last weekend of July.

“It’s been phenomenal,” Cole told Savanna Hamilton about his time in the league. “I was just telling the guys in there, I’m going for the shows, I’m not sure if I’ll be back, but just in case I had to, like, let them know how incredible this was the players, the coaching staff that like the organization and league like, you know, it’s a crazy thing.”

Cole went 4-for-8 from three-point range this season, totaling 12 points in 5 games. On Tuesday, which could be his last game, he went 2-2 from deep, en route to a 99-81 Shooting Stars win, their first-ever home victory.

While the 37-year-old wasn’t blowing by any defenders, he appreciated the opportunity to play in Toronto.

“They made me feel so welcomed,  really feeling like a part of a team,” Cole added. “Everybody embraced me… they helped settle nerves and talk me through and teach me and I’m just on the team with a bunch of amazing guys. So I appreciate them for that, the coaching staff players. And in the league, you know, me like, it’s, it’s priceless, what they’re allowing me to come in here and experience. So I really appreciate it.”

With or without Cole, the Shooting Stars’ next home game is on June 25, taking place at the Toronto Pan Am Sports Centre.