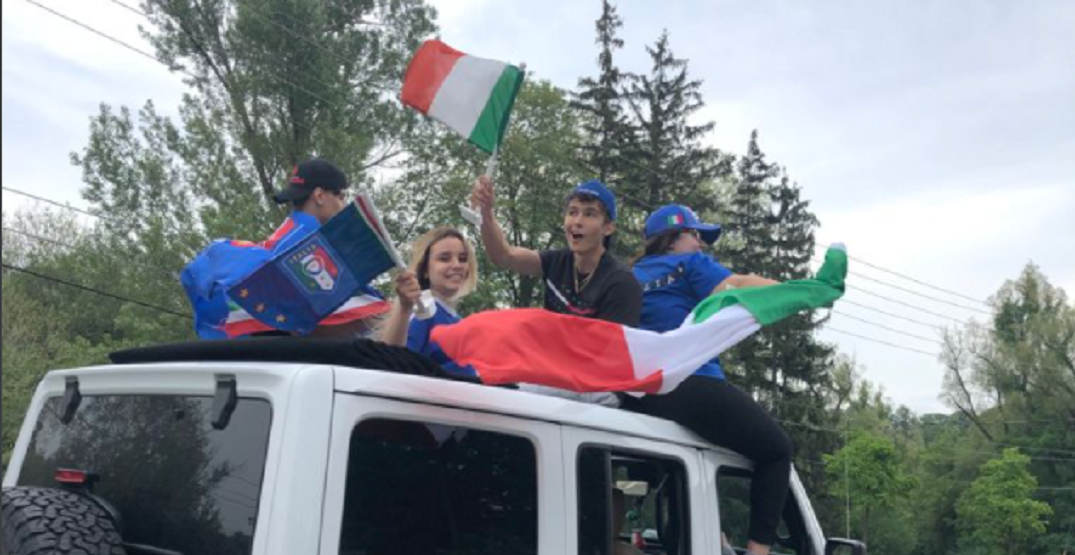 Italian fans were loud and proud in Ontario over the weekend as their men’s national soccer team came up with another huge victory.

Italy is now through to the quarterfinals after a big Round of 16 win – their fourth victory in as many games at UEFA Euro 2020.

Scoreless through 90 minutes against an underdog Austrian side, the Azzuri pulled through with a tight 2-1 extra time victory on the backs of goals by substitutes Federico Chiesa and Matteo Pessina.

Sasa Kalajdzic scored Austria’s lone marker as they were eliminated from the tournament.

Saturday’s action in the streets of Woodbridge and other areas could be referred to as “a movie” by today’s youth.

Here’s some of the best clips from around the GTA:

POV from Woodbridge, ON, CANADA this evening…

You know I had to! #Woodbridge #LetsGo @azzurri 💪💕🇮🇹 #Honnnnnnkkkkkk pic.twitter.com/AETv3d74Uj

Who’s up next for Italian fans to watch?

Italy takes on the winner of today’s Portugal-Belgium match, with the quarterfinal set to kick off at 3 pm ET/12 pm PT on Friday, July 2.

Whoever they play, you can bet the blue jerseys and green, white, and red flags will be out in full force on Italian fans across Ontario come Friday.

It’s hard to really compare that to a modern tournament, though, as there were just four teams in play. Italy actually advanced to that final via a coin toss after a 0-0 tie with the Soviet Union, and faced Yugoslavia in a rematch two days after another draw, this time a 1-1. Safe to say today’s extra time and penalty shootout rules make a little bit more sense.