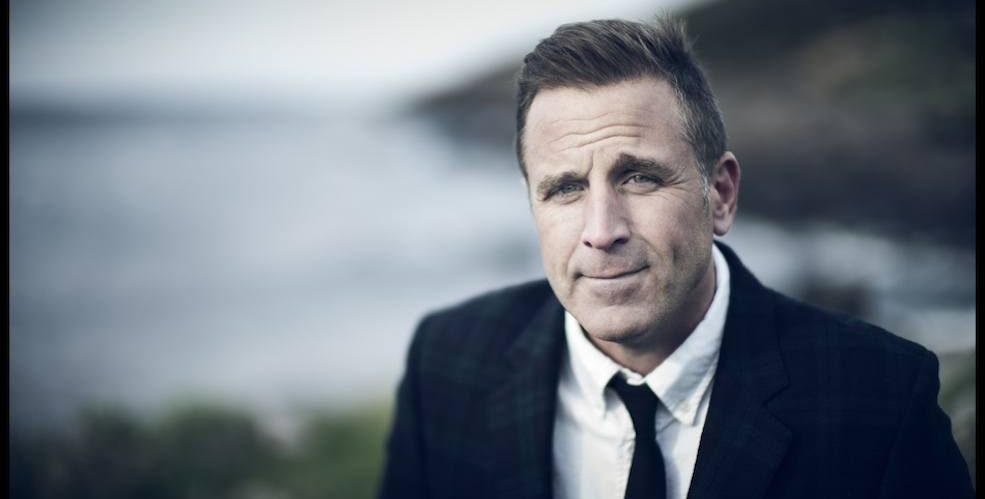 It is not simply for their great contributions to music that the singer-songwriter cites them specifically, though. It goes deeper than that. Each embodies standards that McCann upholds himself to. Cash, for the way he shared his flaws and allowed himself to be vulnerable; Marley’s impassioned belief in love; Strummer’s unapologetically honest tongue.

“They’re just very organic and very real and sincere — and that’s what I’m drawn to now,” McCann says, speaking over the telephone from the road, someplace in between Courtenay and Nanaimo on Vancouver Island. He’s in the midst of The Road to Recovery Tour, performing in intimately sized venues all across the country. It’s quite a departure from the large scale stadiums that he played for 20 years as a co-founding member the iconic Newfoundland folk-rock band Great Big Sea, but McCann, who will be five years sober this November, wouldn’t have it any other way.

“I just love it when I can get in a room, you know, a smaller room, when I’m face-to-face, very interactive, and a real genuine exchange can happen,” he says. “You can say so much more and do so much more. That’s my buzz now. That gives me a sense of purpose and I just love it.” 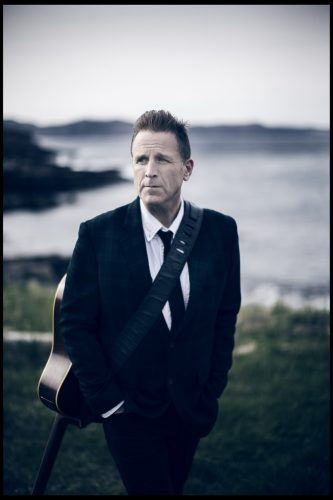 These days, McCann is happy and present. He describes life as “light” and something that he can’t wait to get up every morning to be a part of. But it took a while for him to arrive to that place. Great Big Sea was, in every sense, a party band and drinking was part of the job description. For an alcoholic, McCann equated it to winning the lottery. For the sake of his sobriety, his family, and amidst feelings of creative dissatisfaction, he decided to leave the group in 2013.

“It wasn’t enough,” McCann admits. “It didn’t sustain me and that’s important. And my only regret there is we probably could’ve said a lot more than we did. But we kept it simple. We kept it simple because simple is easier to sell.”

And McCann certainly has a lot to say. He is very candid about his grapple with addiction and along with addressing it in his songwriting, he also does so through public speaking. In fact, it was at a speaking engagement at which a man in the audience recounted the source of his own struggles that McCann felt he could come forth with the source of his — sexual abuse he suffered as a child, by a priest. His first post-Great Big Sea album, 2014’s Help Your Self, bravely exorcised those demons and allowed McCann to forge a new path that led out of the darkness and into the light.

“When I put out Help Your Self, the record, it resonated with thousands of people, and the lesson that I took from it was that I was not alone,” he says. “And this was a huge leap forward for me, very empowering, because I just put the record out on Twitter and Facebook and I didn’t really think it would amount to a realm of beings. But it did and people kept coming back to me saying, ‘I know this song, that song’s my mother.’ ‘I know that song, that’s my brother.’ ‘I know that song, that’s my lover.’ ‘I know that song, that song is me.’ And I took comfort in that, because I realized there’s mental health and addictions, they affect everybody. You may not suffer directly, but you know someone who does. And you know, we’re all in this together, it’s not like we’re not connected. And not dealing with it as a society is just not facing the problems. I’m very open about it and I know that it helps people when they realize they can — it helped me when I saw someone talk about it. It really did.”

As such, facilitating that connection with others through music is profoundly important to him. His newest effort, The Sean McCann Songbook Volume 1: You Know I Love You, was created with exactly that connection in mind. The album, which is filled with songs about love, is accompanied by a beautifully illustrated lyric book. For McCann, this was another way to reach out; for a listener, the interactive nature allows for a multi-level experience, from savouring the acoustic guitar to relating to the words on the page to basking in the colour of the artwork.

“I guess I stole the idea from the church,” McCann says. “You go to church or mass or whatever and the preacher or the priest says ‘turn to page 300 and together we will sing.’ And I’m not a religious person — I never will be again, I don’t think — but if I could steal one good thing from the church, it was that once a week, at least, the community would come together face-to-face, shake hands, and sing a song together. And that’s a huge, very intimate thing to do.” 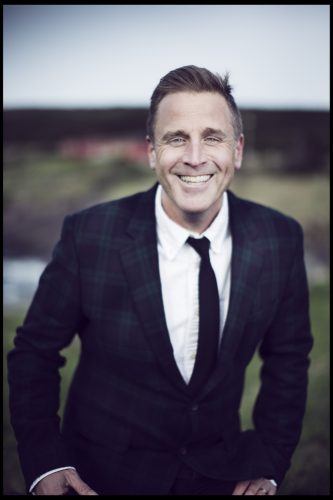 Especially today, where so much connection is made through cell phones and computers — and not in person — McCann maintains that it is imperative to hold onto that cherished experience of live music.

“What comes out of a screen is an artificial light and what comes out of face, the face and eyes of a human being, is a real light,” he continues. “And that’s the light that I am trying to chase every night. I think we’ve all become seduced by this artificial light and then hypnotized. And I sense a great malaise over society, especially in younger people who are not that interested or don’t even know what it is to go to a theatre. Their primary form of entertainment and education is a glass screen that emanates artificial light. And I don’t want to be a Luddite or a grumpy old man, but I think that’s kind of sad. I find that lacking. That’s not enough. We’re made of more than that. We’re not made of pixels. We’re made of blood and bones and music. We’re human. We need to be physical. We’re animals. You know, in a good way.”

Now, McCann is doing exactly what he’s supposed to be doing. What he was meant to do: singing from his heart, sharing stories with honesty and conviction, and encouraging others to sing along with him. Flawed, vulnerable, fighting for love and telling it exactly like it is.