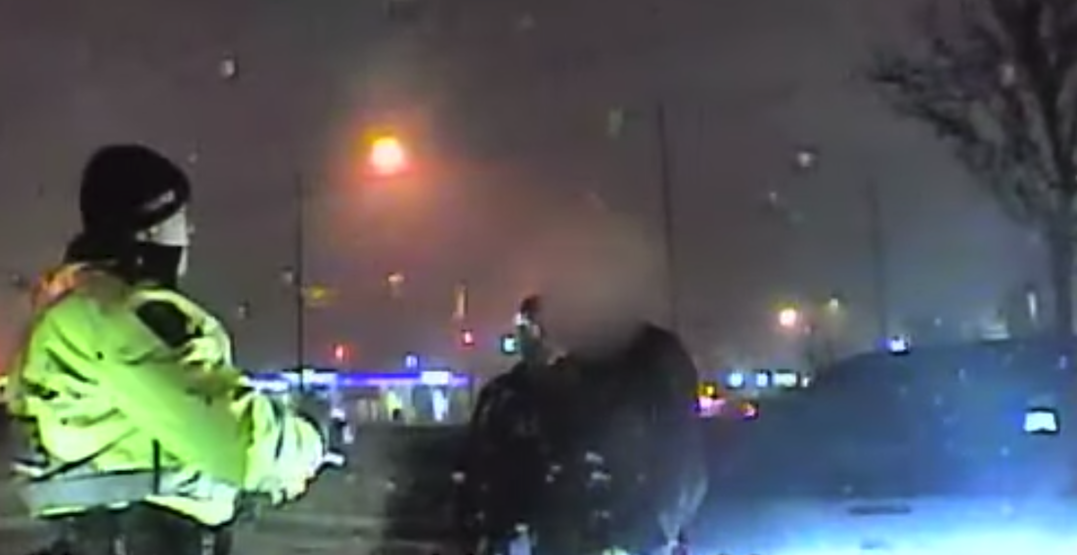 A man reportedly arrested for driving while intoxicated was also found to be in possession of a loaded handgun and a box of ammunition, police say.

On Saturday, January 11, shortly after 1:30 am, officers reportedly responded to a report of an impaired driver in the parking lot of a coffee shop located at 9151 Keele Street, near Keele Street and Rutherford Road in the City of Vaughan.

When officers arrived, they say they located the vehicle that was running, with a man in the driver’s seat. Upon speaking to the driver, police report that they could smell alcohol, and saw open beer cans inside the car.

A roadside breath test was given, which the driver reportedly failed. According to a video police shared of the incident, the driver’s blood-alcohol levels were so high he was taken to hospital as a precaution. He was also placed under arrest.

Prior to the vehicle being impounded, officers say they located a loaded handgun and a box of ammunition on the front passenger floor.

York Regional Police say that they received 3,500 calls to 9-1-1 to report suspected impaired drivers as part of their Safe Roads, Your Call program in 2019. That was an increase of nearly 18% from the year before.

Many of those calls led to the more than 1,700 impaired-related criminal charges laid.

Anyone who sees dangerous driving or behaviours on the road that could jeopardize the safety of motorists and pedestrians is encouraged to call 9-1-1 immediately.

York Regional Police continues to remind residents that the safest amount of alcohol or drugs to consume before you drive is zero.