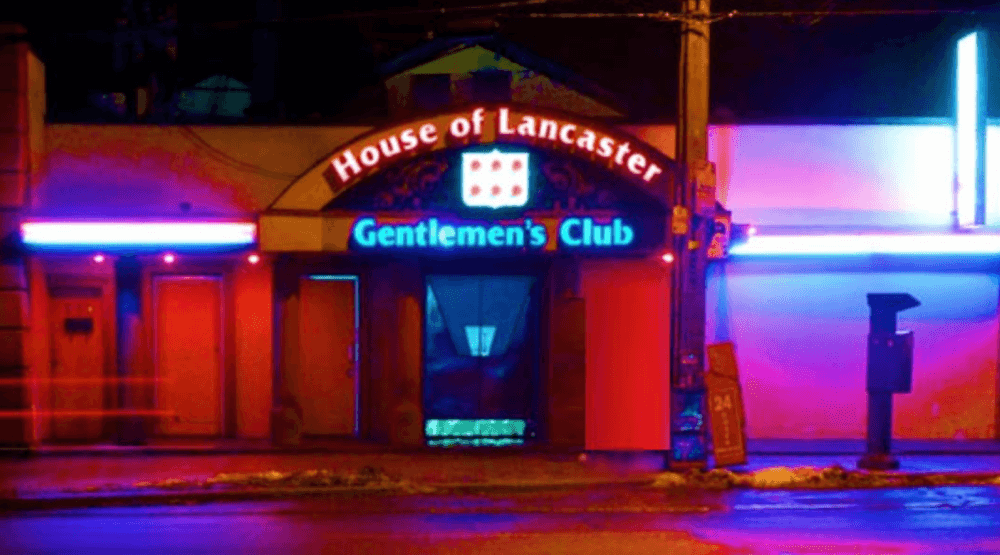 House of Lancaster, the notorious strip club on The Queensway is closing.

Etobicoke-Lakeshore councilor, Justin Di Ciano shares on his website that House of Lancaster has been sold and, “the establishment will be closing in the coming months.”

It’s a win for The Queensway community that has been seeking to see the undesirable business close following a violent 2014 shooting. Not to mention, the seedy venue is also a mere stones throw away from Catholic grade school, St. Louis Separate School.

The strip club of the same name at Bloor and Lansdowne is still in business.

As for what will replace The Queensway site just east of Royal York? Details have yet to be announced but we expect complete demolition rather than a boutique hotel revival.