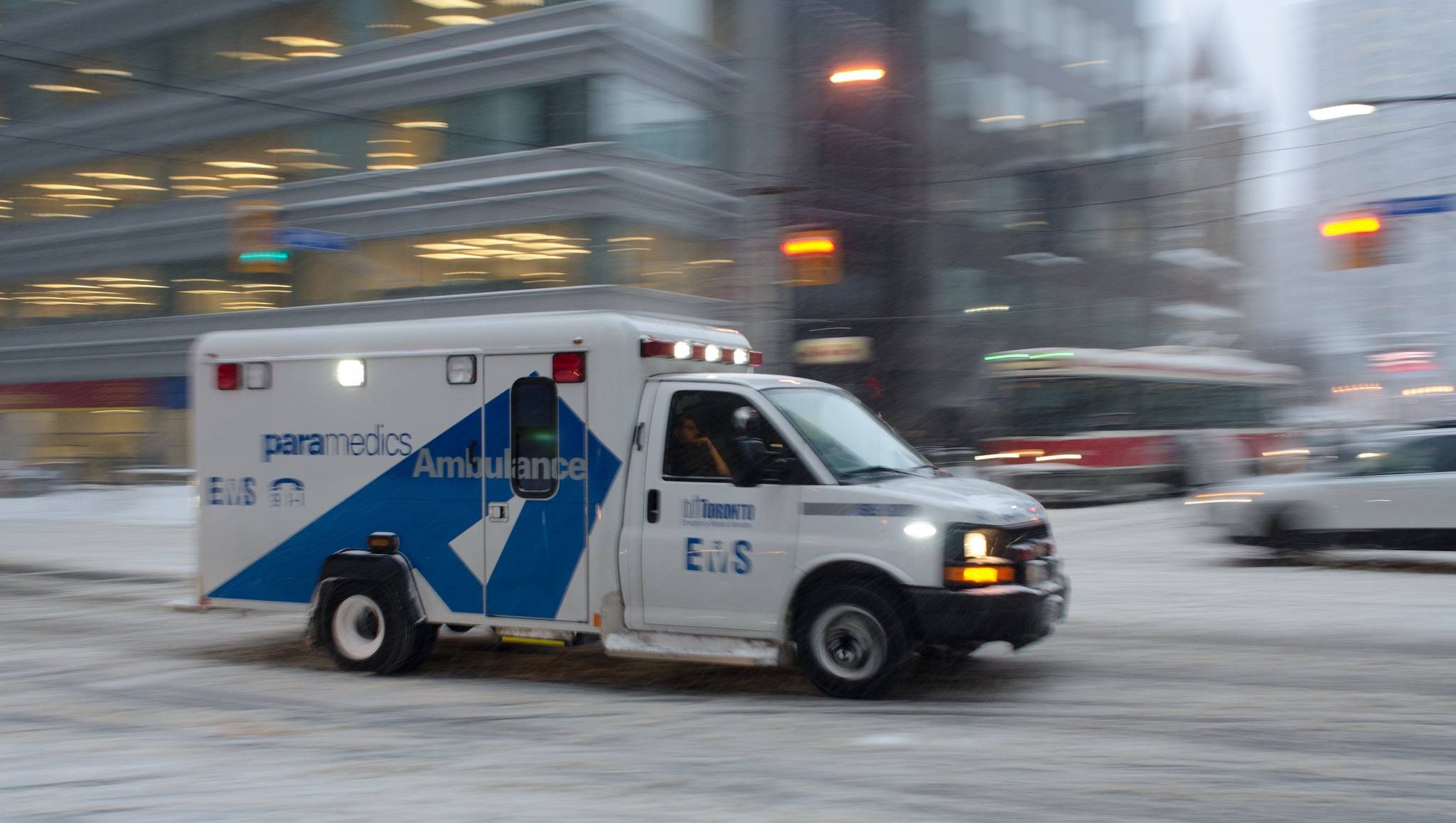 For a period over the weekend, Toronto had no available ambulances to attend to emergencies in the City.

On Saturday, TO Paramedic Union tweeted that there was a “code red” at 6:38 pm. Code red is as bad as it sounds: no ambulances.

#CodeRed No units available in the City at 18:38 hours tonight.

Peter Shirer, vice-chair of the Toronto Paramedic Services unit for TCEU Local 416, told the Toronto Star that this is nothing new, and the situation is being exacerbated by the COVID-19 pandemic.

At a press conference on Monday, Fire Chief Matthew Pegg told reporters that the “absentee rate” of emergency and essential personnel in the City was 12% but didn’t have a specific breakdown of how many of those people were paramedics. Politicians of all spectrums and other leaders have shifted to refer to sick days as “absenteeism” in recent weeks.

On Thursday, the City of Toronto tweeted that 17% of Toronto Paramedics were out sick. Before the pandemic, that number was, on average, 9%, the City said.

Due to COVID-related illness, isolation requirements and other illnesses, absence rates in Toronto Paramedic Services yesterday was 17%. In non-pandemic times, unplanned absences are about 9%.

The City emphasizes that the main reason for delays and behind Saturday’s code red is patient transfers at hospitals.

Delays faced by paramedics in transferring patients at hospital emergency departments is the biggest challenge in getting ambulances back on the street as quickly as possible.

“In [the] hospital, wait times are the most significant factor contributing to the system pressures, and it’s not uncommon for paramedic teams to wait for hours in [a] hospital. So this is a very significant issue that we’ll continue to work on,” Toronto Paramedic Chief Paul Raftis said at a press conference on Monday.

Toronto Mayor John Tory said paramedics had spoken to him about these delays even before the pandemic began.

“I just want to say they are doing a superb job, and we’re trying to help them with plans that can allow them to do that,” Mayor Tory said on Monday.

Toronto typically runs a maximum of 120 ambulances prior to the pandemic. On Wednesday, they had 117 ambulances on the road, the City said. Calls are continuing to be triaged, and high-priority calls will be reached first. Toronto Fire Services is responding to 10% of low priority calls, according to the City.

Low priority calls continue to be delayed as paramedics are diverted to high priority calls when they come in, with Toronto Fire Service responding to about 10% of those calls right now.

Torontonians are still being advised to call 911 when needed.

For low priority calls, dispatchers follow up with people who have called 9-1-1.

There are no borders for ambulances. The closest ambulance is always chosen. Toronto, for example, responds to a small number calls in Peel, York or Durham Regions and visa-versa.