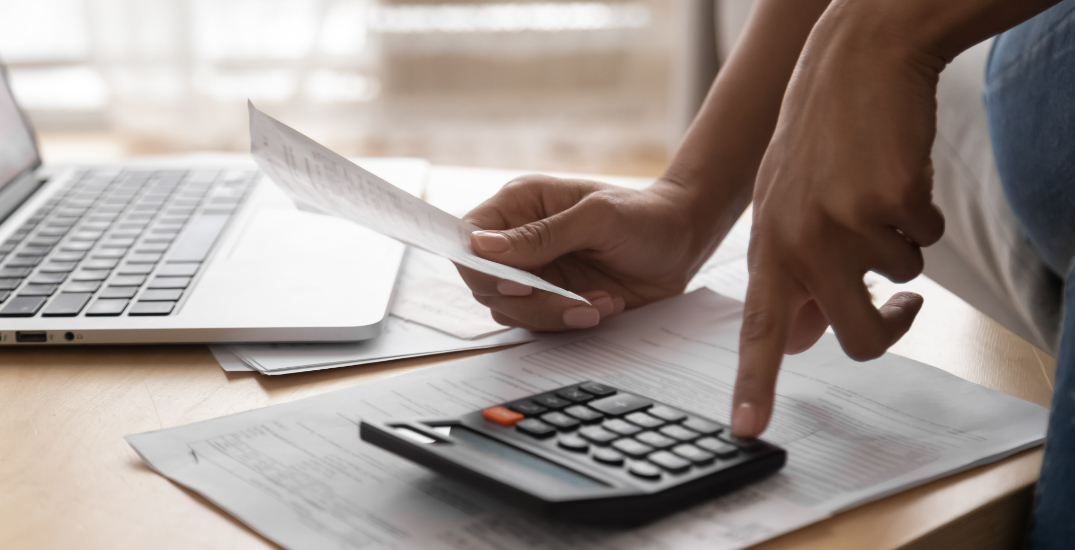 But, with mortgage rates on the rise, many are still unsure of what they can really afford.

In February, home prices were high, inventories were low, and bidding wars were the norm. In March, though, The Bank of Canada raised interest rates for the first time in five years.

Two further hikes have followed in the months since, bringing rates to their current 1.5%, and three more are expected before the end of the year.

Although prices are coming down and more properties are being put on the market, the hikes’ effect on lending rates has made would-be buyers apprehensive.

To help buyers understand how the rising rates may influence mortgage payments, real estate agency Zoocasa has compared May’s interest rates and average home prices with those found in February.

Despite the rising rates, monthly mortgage payments would have actually dropped in some parts of the province.

In Ottawa, homebuyers who made a purchase in May would pay 5.5% less per month than those who put money down in February. In Orangeville, they’d pay 19.5% less, and in Oshawa, they’d pay 24.9% less.

Closer to Toronto, though, February buyers would find themselves in a better position. Monthly payments rose 1.8% in Oakville, and 2.49% in Brampton. 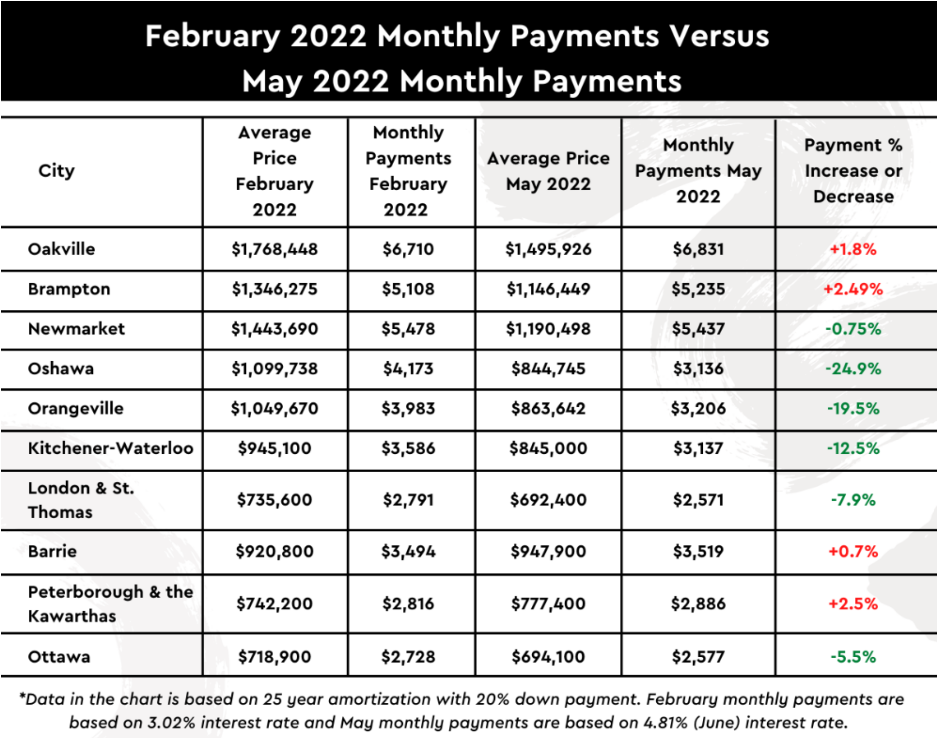 Monthly payments have also come down depending on the type of home purchased. One such entity would be a townhouse in the Greater Toronto Area, Zoocasa said.

In February, the average fixed-rate mortgage was 3.02% and the average sale price of a GTA townhouse was $1,119,026. A 20% down payment would be required due to the price. With a 25-year amortization period, the monthly mortgage payments would be $4,246.

Currently, the average fixed-rate mortgage is 4.81%. In May, the average sale price of a GTA townhouse was $958,558. With the same down payment and amortization period, the monthly mortgage payments would be $3,560.

“Many buyers might be surprised to learn that even with higher interest rates, their monthly payments are going to be lower now versus the start of the year,” Zoocasa said.

“For homebuyers who want a fixed-rate mortgage but want to qualify for the maximum amount, they can start with a variable-rate mortgage to utilize the lower stress test rate,” said James Laird, co-CEO of Ratehub.ca and president of CanWise.

“Then [they can] choose to convert to a fixed rate with the same lender after closing without having to pass the higher fixed rate stress test. There is no penalty for doing this.”