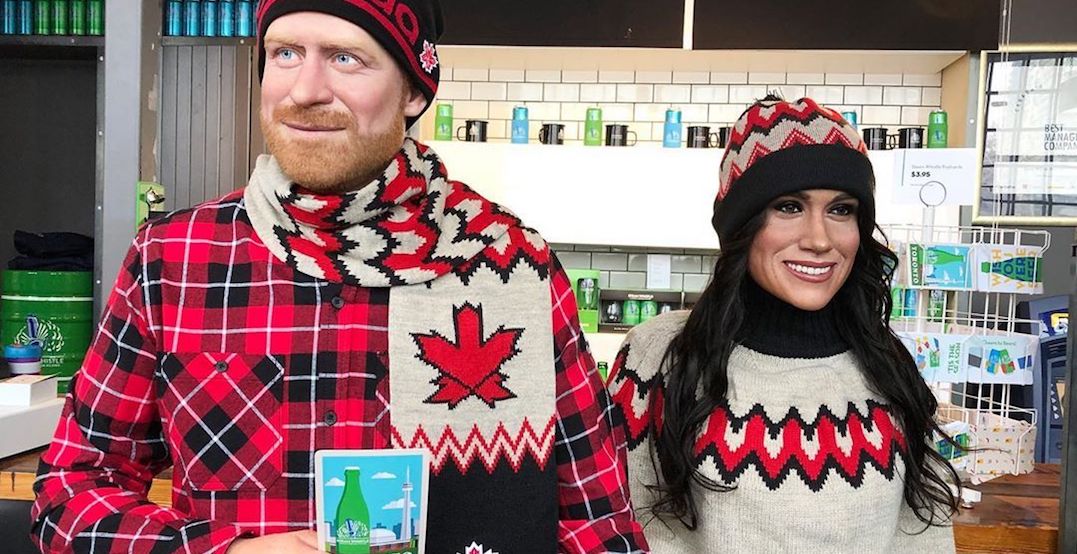 If imitation is the sincerest form of flattery, someone in Toronto is getting real earnest about flattering Prince Harry and Meghan Markle.

Wax-figure carbon-copies of the couple have been popping up at sightseeing locations across the city, shows the newly-launched Instagram page, Royals Take The 6.

The account’s first few posts show the pair’s look-a-likes inside and in front of the CN Tower and popping into downtown’s Steam Whistle Brewing.

The figures also have a Twitter page under the same name, and a post shared on Thursday morning says that they’re going to be visiting even more places across the city.

We’re not sure yet if these figures are freaky-cool or just plain freaky, but one thing’s for sure… the resemblance to the real-life royal couple is uncanny.

Ah, looks like the perfect day for some sightseeing. These views from @TourCNTower will never get old. We’re ready to take on some more #Toronto stops. Be sure to tag us if you see us out and about! 🇨🇦#royalstakethe6 pic.twitter.com/gKHna7YAMF

When Daily Hive reached out for information about the artist behind the figures, the Instagram account’s user was quick to respond.

“Maybe we do seem a bit more stiff than usual… Moving across the pond has not exactly been the most relaxing transition! But, the best way to keep up with our travels and story is by following along with us on social media,” they said.