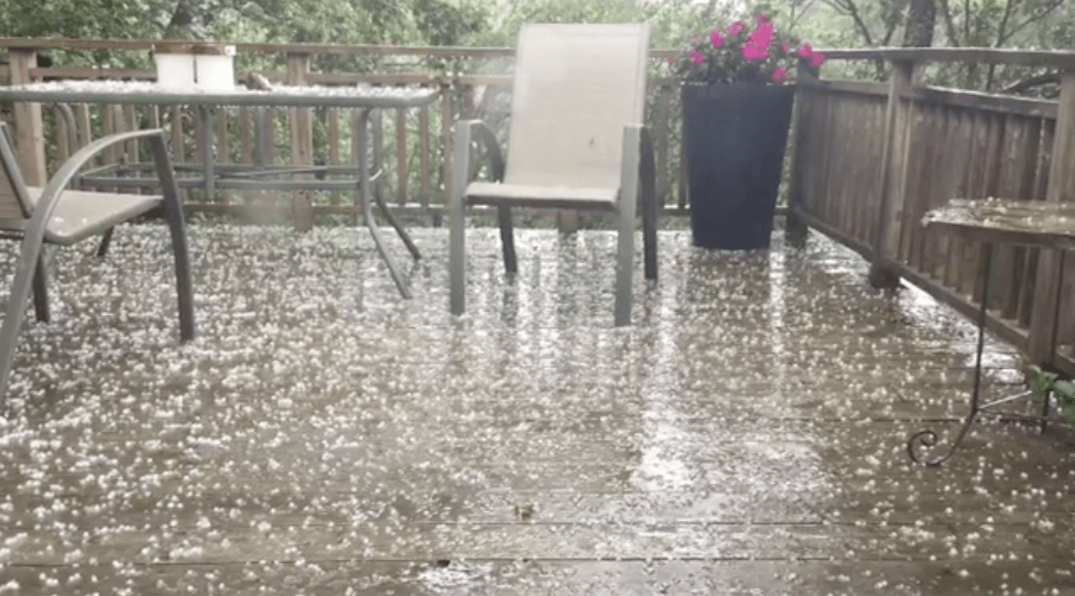 Just when fall was set to begin, it turned to winter real quick.

In a drastic change in weather, Toronto’s east end went from heat wave to hail in about two days. Parts of Toronto reported hail falling around 2:30 pm on Friday, on a day that was forecasted to be partly cloudy with a risk of a thunderstorm.

And these were not little snowflakes falling from the sky, the ice balls were defined and sound like they would hurt upon impact.

Hopefully that was the end of the hail for the day, the forecast calls for some showers later and sunshine all weekend long.

For now, check out some of these videos and photos of the freak hail storm today!

Quite the hail storm in Toronto. pic.twitter.com/mrH2aM9pFP

Toronto weather is so confusing … one day it’s 30 degrees and the next day it’s this …. holy hail!!!! pic.twitter.com/sHafafkaNj

#hail in #toronto ? Tuesday I was blasting the air conditioning, today I have to put the heat on. What the actual hell? pic.twitter.com/nCpFlYnEnn

Toronto gets a little hail in a little time pic.twitter.com/5RukN9esBN