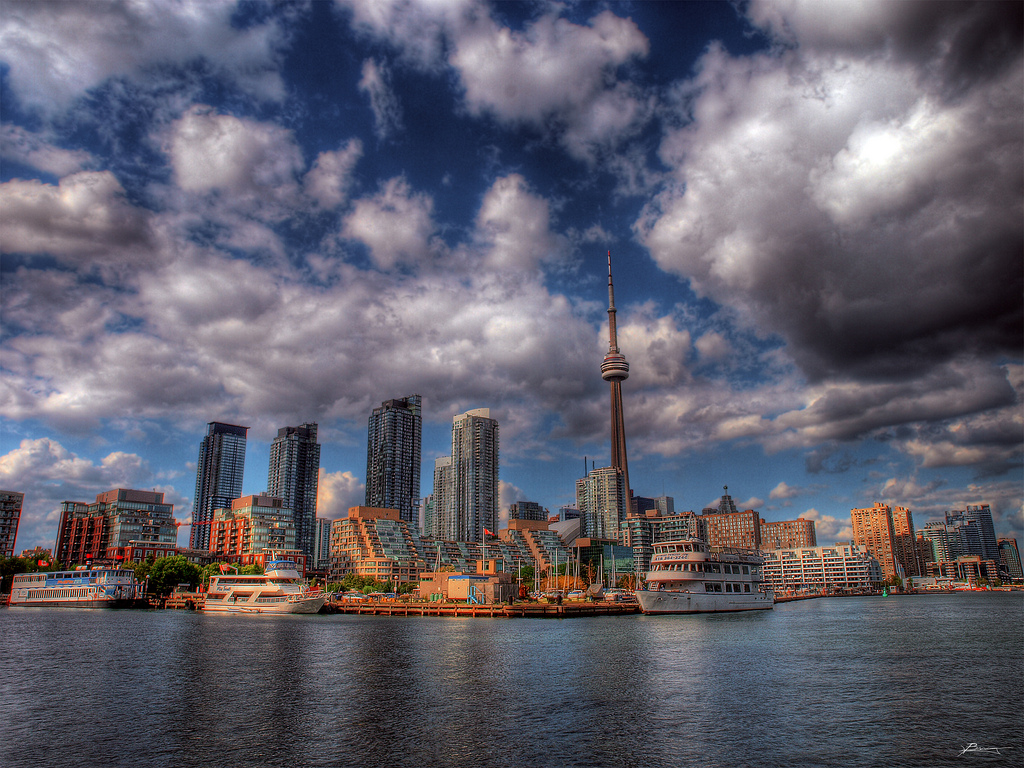 Guardian Canada Week seems to want to start off with a bang. Sadly, after the initial headline, it seems like they’ve gone with a whimper instead.

In just under 3,000 words, Toronto writer Stephen Marche manages to touch on a variety of different aspects of the Big Smoke in his piece Welcome to the new Toronto: the most fascinatingly boring city in the world.

But that’s all he’s really able to do, really – touch. In fact, the lightness of the piece ironically echoes Marche’s largest complaint about Toronto, namely its “terminal lightness.”

Yes, for those looking to take issue with Toronto, this piece offers many quick points and cliches to hold onto, but it also continually insists that inclusiveness equates to boringness. That without someone like Rob Ford in office, we’re just a bunch of unexciting humans living in the 3rd largest city in North America following “peace, order and good government.”

How’s this for the perfect Canadian stereotype:

“In London and New York, the worst stereotype of a banker is somebody who enjoys cocaine, Claret and vast megalomaniac schemes. In Toronto, a banker handles teachers’ pension portfolios and spends weekends at the cottage.”

Marche seemingly writes this without irony. He believes it. He thinks everyone in the 6ix is either named Drake or John Tory. And if they’re not? Well, they’re boring anyway: “There are already plenty of Muslim families in Toronto and they are as boring as any other Canadians.”

You know what’s not boring though? Waterparks. That’s right, according to Marche, if you want to see Toronto’s true potential, you need to find a local splash pad.

“The meaning of multiculturalism is found in the waterparks, among the slides and fountains, and lazy rivers and wave pools: a collection of various people of various shades speaking various languages, lounging in the shade, drinking overpriced rum drinks, eating greasy food, staring at each other’s naked and tattooed flesh, and shouting at their kids to stop splashing.”

As if presenting a local wading pool as the source of all the city has on offer wasn’t enough, Marche then goes on to wax poetic in his best Michael Ondaatje effort:

“There is something radical about these people leading their quiet lives out together, without much fuss. Are they one people? Does it matter if they aren’t? It is a city whose meaning is not found in shared history but in the shared desire to escape history. It is a light city, a city floating up and away from the old stories, the ancient struggles.”

Just WTF is going on here? How did we get from the multiculturalism of waterparks to escaping history and ancient struggles in a paragraph and a half? Why does Marche spend 1,000 words ripping into the city’s leadership but limits Toronto’s attraction to little more than a “steady hand.”

This not only sounds like its author has never been to Toronto (or, if he has, hardly escaped a condo in Yorkville), it reads like a misunderstanding of what a collective truly is. There seems to be no room in this essay for a multi-faceted identity, for a statement that’s made without the power of violence; in short, for a city that’s the sum of its parts.

Simply put, if you find Toronto boring, you’re not doing it right. And what’s more, you’re selling it very short.

“Toronto’s dullness is what makes it exciting – a tricky point to grasp.”

So tricky, in fact, that it seems in the end even Marche himself was not able to grasp it.