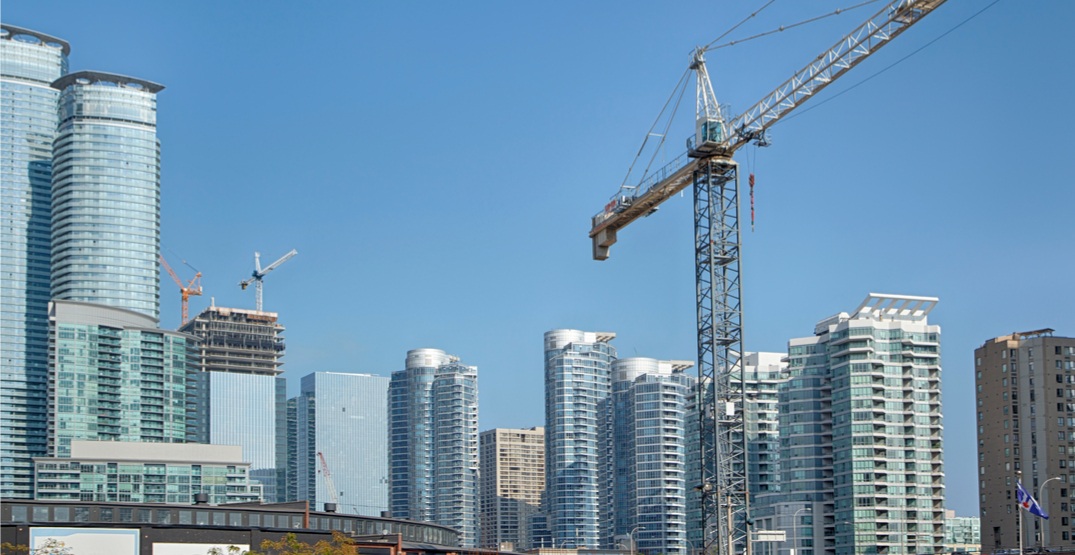 An analysis of new condo sales in the GTA shows that the city has bested previous records, setting the third-highest sales record in the region in 2019.

The real estate analysts at Urbannation recently released its report for condo sales over the past year, and 2019 did not disappoint for developers. They found that new condo apartment sales in the GTA grew by 27% in 2019 to a total of 25,097 units sold.

This is the third-highest sales number on record, with a particularly large push in sales coming in the final quarter of the year. With 8,044 homes sold this almost reached the 2017 record of 8,755, and managed to outperform 2018’s Q4 results by 38%.

“Unsold inventory at year-end declined by 4.8% to 13,373 units, which remained below the 10-year average of 15,907,” the report reads. “Against current demand levels, new condo inventory fell to 6.4 months of supply — substantially below what is considered to be a balanced level at 10 months.”

As a result, the company says pricing for available units climbed to a high of $1,073 per square foot. While this accounts for only a 9% annual increase, Urban Nation says that it followed a 50% two-year increase between 2016 and 2018, leading to a doubling of new condo prices over the past 10 years.

A total of 18,232 units were sold in projects that launched in 2019 — up 17% compared to new launches sold in 2018. According to the analysis, this is a “good indicator of growth in demand from investors.”

Sales for pre-existing projects launched prior to 2019 grew even stronger with a 70% jump to 6,865 units.

Most success is outside of Toronto

This follows a prediction from the Toronto Real Estate Board (TREB) that GTA housing prices had gone up over 2019 and would continue to climb into 2020. These high prices may negatively impact the city’s home sales as Urban Nation found that new condo sales in the City of Toronto fell by 15%. The analysts say this is the lowest level since 2013.

Vaughan and Mississauga were reportedly the sites of most of the sales, with a combined 4,172 sales in newly launched projects in 2019. Both cities averaged “nearly identical selling prices of $834 (Vaughan) and $857 (Mississauga) per square foot.”

In Toronto, the top submarkets were reportedly North Midtown, Downsview, and Downtown East, which sold a total of 2,757 units averaging $931 and $1,230 per square foot.