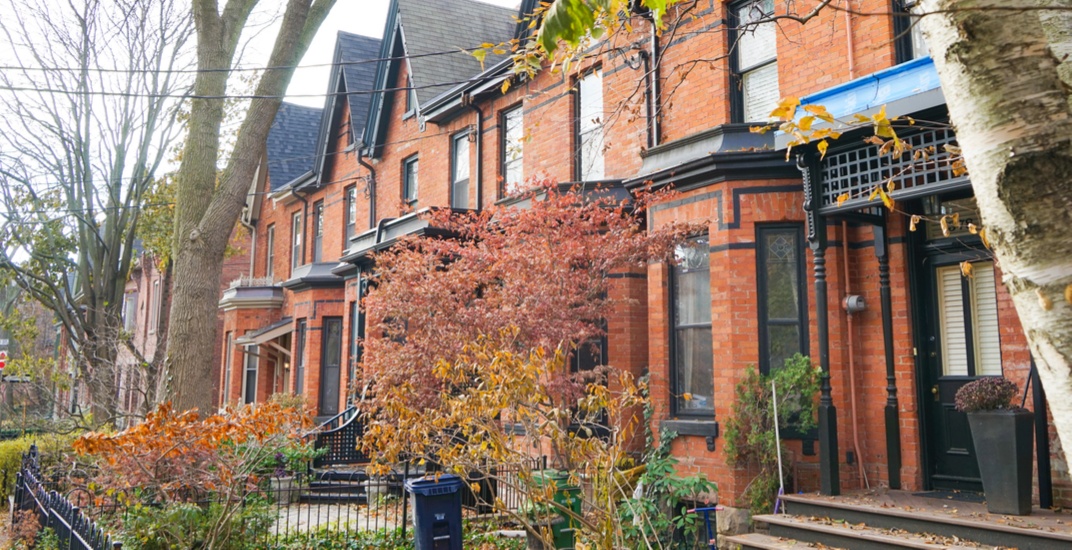 The COVID-19 pandemic has spurned a decline in property prices across Canada.

But the Greater Toronto Area (GTA) leads in the country in the largest drop in home prices, with Ontario cities, claiming the top five spots in the country when ranked by dollar declines.

The report is using the latest data from the Canadian Real Estate Association (CREA) for April – which is the first full month coronavirus measures were implemented across the country.

Niagara Region and Windsor-Essex followed with an average home prices decline of $31,467 and $30,661 respectively since coronavirus measures were introduced in March.

According to the report, out of the five markets with the largest average price drops, Ottawa and Windsor-Essex experienced the lowest decline in sales at 21% and 30% respectively.

In comparison, GTA, Hamilton-Burlinton and Niagara Region home sales halved from February with drops of 59%, 52%, and 55%, respectively. 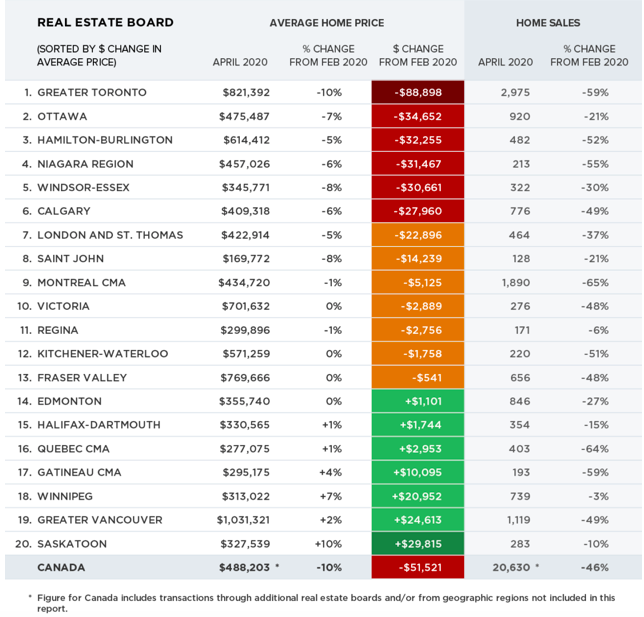 However, even though the property price and sales dropped in the notable Ontario markets four of these regions shifted from sellers’ to balanced territory.

While each of these areas experienced a drop in sales of at least 50% in April from February, the corresponding decrease in new listings only ranged from 29% to 42%, resulting in “theoretically more buyer-friendly market conditions.”

Even though the GTA had home sales down 59% in April from February, new listings only dropped 42%.

According to Zoocasa, Canada’s real estate market slowed down “considerably” since physical distancing measures were introduced across the country in March.

So, real estate associations, like the Ontario Real Estate Association, implemented guidelines for realtors to prioritize virtual communications over any in-person meetings.

“Such physical distancing measures in tandem with broader economic uncertainty pushed many buyers and sellers to the sidelines, as they await more stability,” the report said.