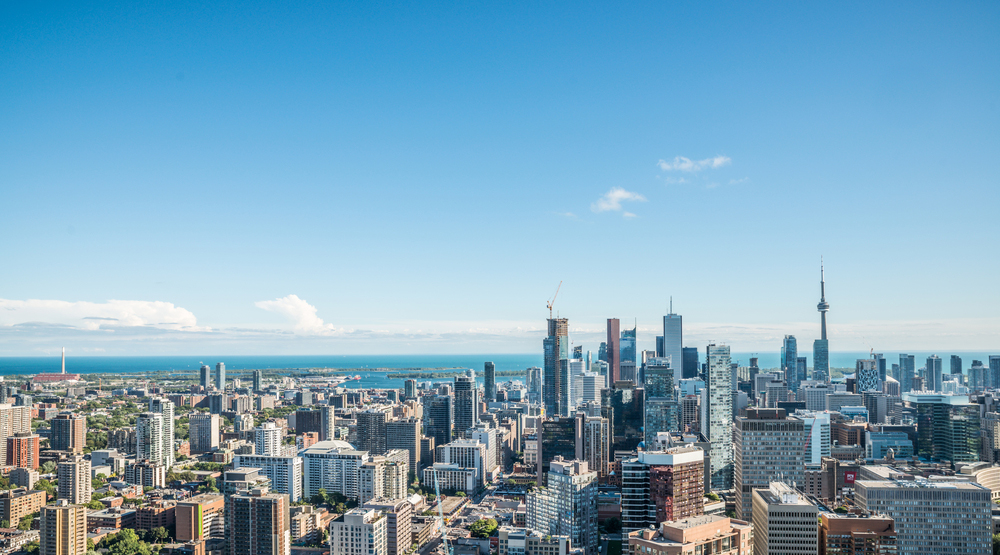 Homes sales in the GTA dropped over 50% between March 16 and April 15, compared to the same period in 2019, but most municipalities experienced price growth.

According to a report from Zoocasa, home sales dropped 50% year-over-year in most GTA regions, with the exception of Durham Region where sales dropped 30%. On the other hand, all 27 GTA municipalities except for two experienced price growth.

A closer look at prices in the region revealed that Toronto East experienced a double-digit (14%) gain to $872,658 and Toronto West noted an 8% average home price increase to $878,658.

Toronto Central is one of two municipalities out of 27 in the GTA where prices declined; the region noted a 1% drop in prices to $984,332.

“Although we haven’t seen drastic price reductions, buyers in Toronto have been able to get a few days for a conditional period, which was a rare occurrence pre-COVID,” Emma Pace, a real estate agent at Zoocasa, said.

She also noted that buyers now have a more even playing field in the housing market.

Sales, on the other hand, experienced sharp declines. The City of Toronto as a whole experienced a 54% drop, with just 1,456 sales taking place in the month since emergency measures were introduced.

Toronto Central sales declines were slightly higher than the city-wide average, with a 57% decline and 634 transactions.

Pace also noted that agents and clients alike are now relying heavily on virtual technology to facilitate viewings and conduct due diligence prior to any in-person viewings.

While there are significantly fewer in-person showings for listings with coronavirus health and safety measures in place, she said that “the ratio of showings that translate to offers is much higher as buyers are only viewing properties at the very top of their list.” 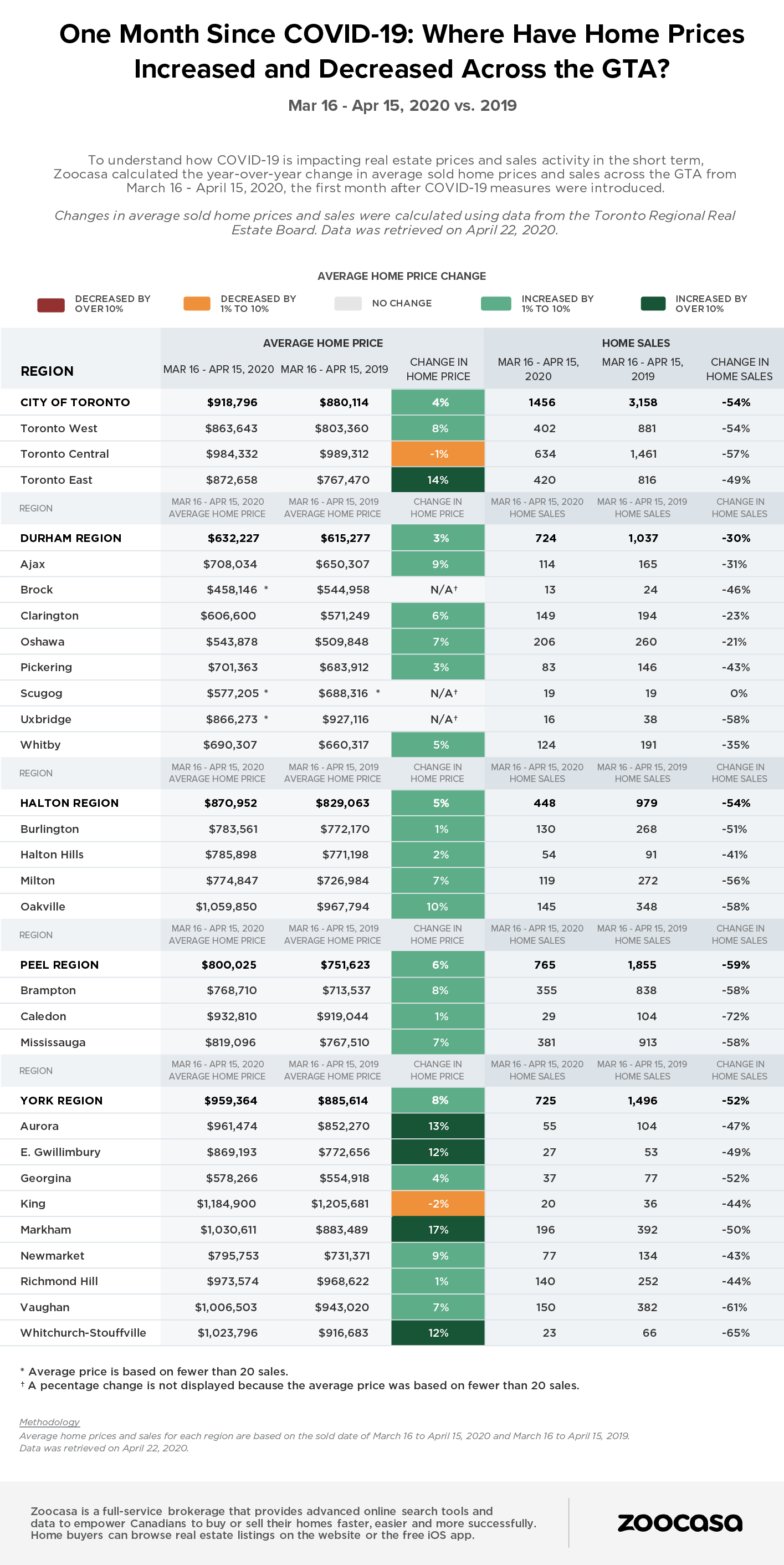 However, homes sale in Durham has the least impact compared to other regions, dropping 30% with 724 home transactions a month.

In Oakville, there was double-digit price growth, where the average home price is over a million at $1,059,850.

And Brampton leads Peel Region price growth one month after coronavirus measures were implemented with an 8% increase.

In the GTA, York Region experienced the highest regional price gain, even though sales dropped by 52%.

On Wednesday, the Toronto Regional Real Estate Board (TRREB) said that home sales in the Greater Toronto Area have dropped by 69% in the first 17 days of April, compared to the same period last year.

While home sales may be dropping, property prices are relatively the same or even increasing, still making buying property in the GTA an obstacle for many.