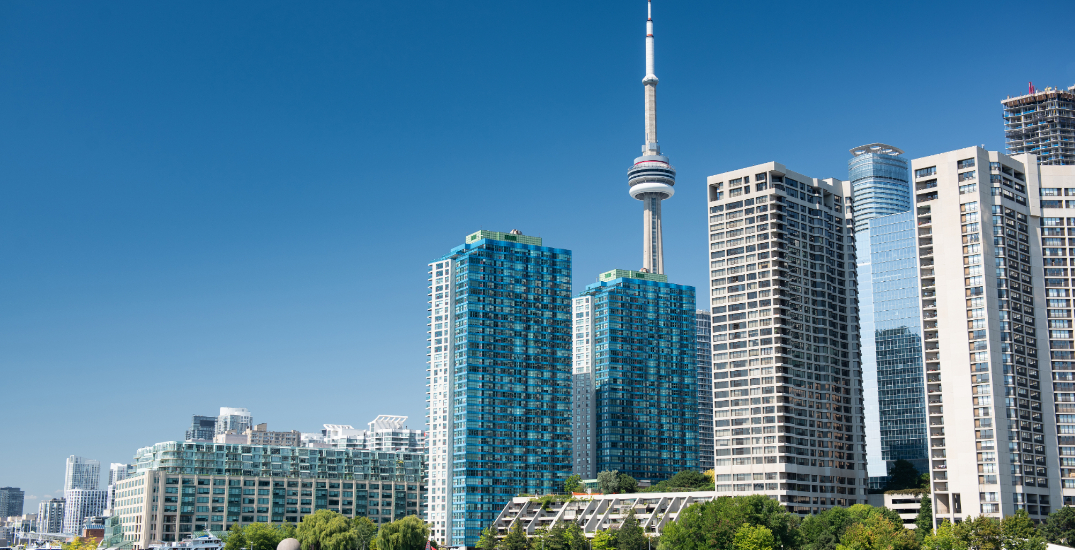 Condominium and rental apartments in the Greater Toronto Area have shrunk significantly over the past two decades.

Fifty-nine percent of units completed this year are one-bedrooms and 7% are studios. The last time the median unit size was over 700 square feet was in 2012.

The data was collected from condo and rental apartments listed on TorontoRentals.com over the past 40 months and released in the site’s latest Toronto GTA Rent Report, conducted in conjunction with Bullpen Research & Consulting.

Researchers attributed the shrinking size to “investors jumping back into the condo market” in the early 2000s.

The largest increase in unit sizes was seen after the 2008 economic crash and after the first year of the pandemic. Median unit sizes increased by 50 square feet in both 2009 and 2021. 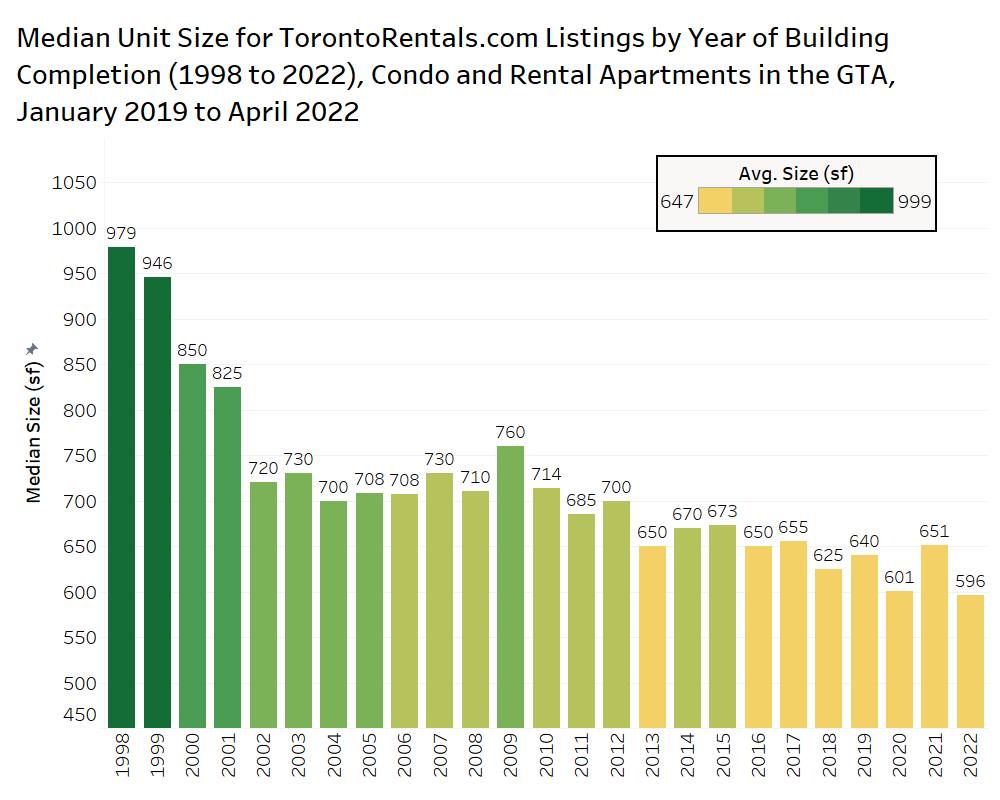 While condo and rental apartments have been shrinking in size, their prices haven’t followed suit.

Across the GTA, the average monthly rental rate in April 2022 was $2,204, a yearly increase of 12%. According to the Toronto GTA Rent Report, smaller units saw larger price increases.

The average rent for a studio was up 9% year-over-year in April, while one-bedroom units increased 8% annually. Rent for two-bedroom units rose 12% from April 2021.