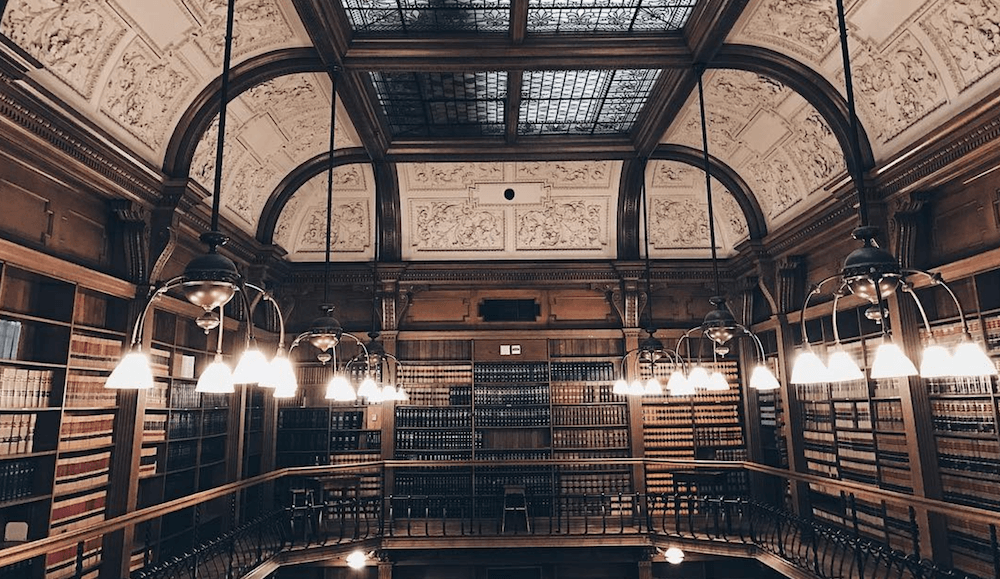 It looks like a room Harry Potter would be in at Hogwarts, but the Great Library continues to be a hidden gem in Toronto.

Located at Osgoode Hall, the law library is probably one of the most photogenic rooms in the city. From its swirling stairs, to its beautiful wood finish, every corner becomes a scene for that perfect Insta shot.

According to the Law Society of Upper Canada:

The Great Library houses the largest private collection of legal material in Canada but it was meant to be more than a repository. It was intended to be a room “whose lofty spaces might encourage the process of reasoned thought and the growth of the spirit.” Distinguishing features of the Library include the American Room with its old-world charm and the Main Reading Room with its stately columns, ornate mantle, etched windows and intricate ceiling.

And oh those columns.

Check out some photos of this stunning library. And maybe start dating a lawyer.