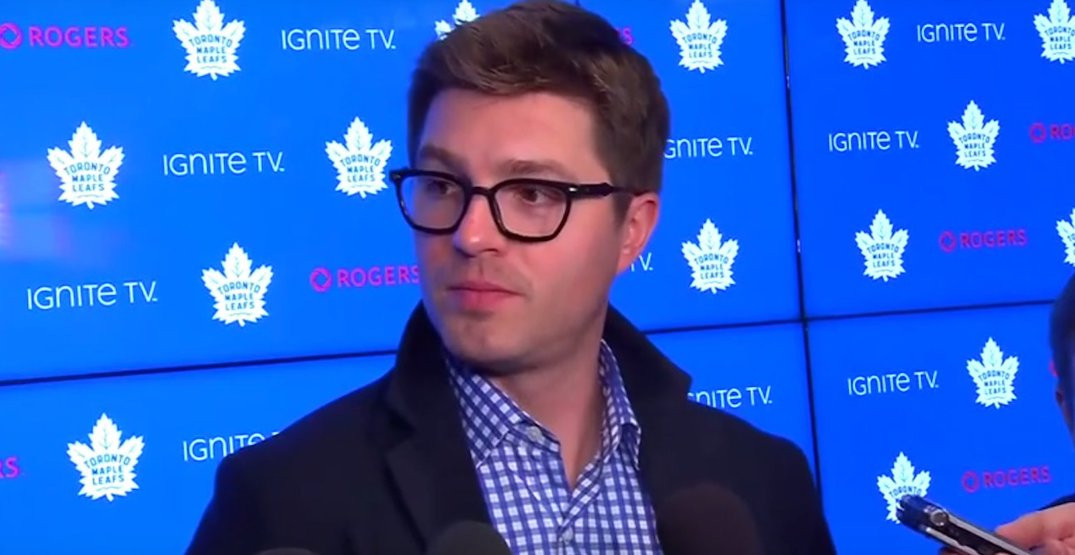 The Toronto Maple Leafs have now completed the bulk of their offseason work.

While the Leafs may have had a considerably tamer draft and free agency than past years, 2020’s responsibilities for GM Kyle Dubas mostly had to do with sorting out a salary cap crunch caused by a top-heavy forward group.

With all that said, let’s rate the recent major moves of Toronto’s offseason so far.

Kapanen to Pittsburgh for a first-round pick, spare parts

Dubas’ best move of the offseason was one of his earliest. Kasperi Kapanen himself was a serviceable top-six option at times, but fell out of favour with head coach Sheldon Keefe and frequently had multiple dry spells throughout the season.

Kapanen’s speed and penalty killing ability will be missed, but he never really put everything together in a sustainable way in Toronto that necessitated keeping him around. Toronto got a first-round pick back, in which they used to select sleek Russian winger Rodion Amirov, while getting younger and creating a bit of salary flexibility moving forward. Hard to dislike this one.

Johnsson to New Jersey for Anderson

Joey Anderson hasn’t really stuck yet at the NHL level, bouncing between Binghamton and New Jersey each of the last two seasons. The 22-year-old winger scored six points in just 18 NHL games last season. However, Andreas Johnsson (alongside Kasperi Kapanen) were fairly clearly identified as the non-core forward pieces that would be moving out.

Perhaps a move to Toronto unlocks some of his Anderson’s potential. It’s a little underwhelming, but not a clear loss either.

Tyson Barrie never really fit in during his one year in Toronto, but the Leafs are betting big that the next four years will be a better fit with the acquisition of T.J. Brodie, who scored 19 points in 64 games with the Flames last season.

Brodie offers stability on the backend, as a likely first-pairing complement to Morgan Rielly on the right side. The deal takes Brodie to age 34, around the age where some blueliners experience major decline.

The 30-year-old defenceman should be good enough to offer dependable top-four minutes throughout the remainder of his contract. His value isn’t team-friendly by any means, but the Leafs avoided going too long a la Brent Seabrook or Marc-Edouard Vlasic type deal that has handcuffed aging rosters in the past.

Getting Simmonds for one year, $1.5 million

In the vein of Jason Spezza and John Tavares, the Leafs acquired a GTA-born forward for the third offseason in a row. Simmonds’ $1.5 cap hit for one year is a little steeper than perhaps his recent resume warrants, but a “notable veteran” tax could’ve been a driver behind for the 32-year-old.

Ultimately, the move brings in a player that Leafs fans have been coveting for many seasons now, even if he is several years past his prime — he scored 25 points in 68 games split between Buffalo and New Jersey last season. Whether Simmonds plays any sort of meaningful minutes in crunch time is yet to be determined, but at the very least, he should be a fan favourite from his first game of the season.

Cup-winner Bogosian for one year, $1 million

Sure, why not? After a six-year stint in Buffalo where he never quite lived up to expectations, Zach Bogosian had a wild 2019-20 season. A rare midseason contract termination by Buffalo — caused by Bogosian’s refusal to report to the minors after being waived and unclaimed — ultimately saw him sign in Tampa Bay this past February, just a few weeks prior to the NHL’s shutdown.

And then the 30-year-old defenceman’s season snapped around, as he won the Stanley Cup in his first-ever playoff appearance, averaging nearly 18 minutes a night with the Lightning. Regardless of how he plays, the 6-foot-2 d-man brings size and snarl to the blue line every night, and is a relatively low-risk signing, all things considered.

Snagging Vesey for one year, $900K

Now 27, Vesey was the hottest commodity on the market back in 2016 after he refused to sign with Nashville following a four-year career at Harvard.

It seemed every team was looking to offer the former Hobey Baker award winner (as the top US college hockey player) an entry level contract, as he eventually signed with the New York Rangers. His NHL career since then has been fine enough, but he’s yet to top out over 35 points in the four seasons since — scoring 20 points in 64 games with Buffalo last season. The talented winger will fit somewhere in the Leafs’ bottom-six as a stopgap option.

Travis Boyd is very much a “tweener” type — the 27-year-old forward has never played more than 53 games in a season at the NHL level, and has spent time in the AHL in each of the last three seasons. He did score 10 points in 24 NHL games last season though.

Not much to expect from him other than slotting in on the fourth line as necessary.