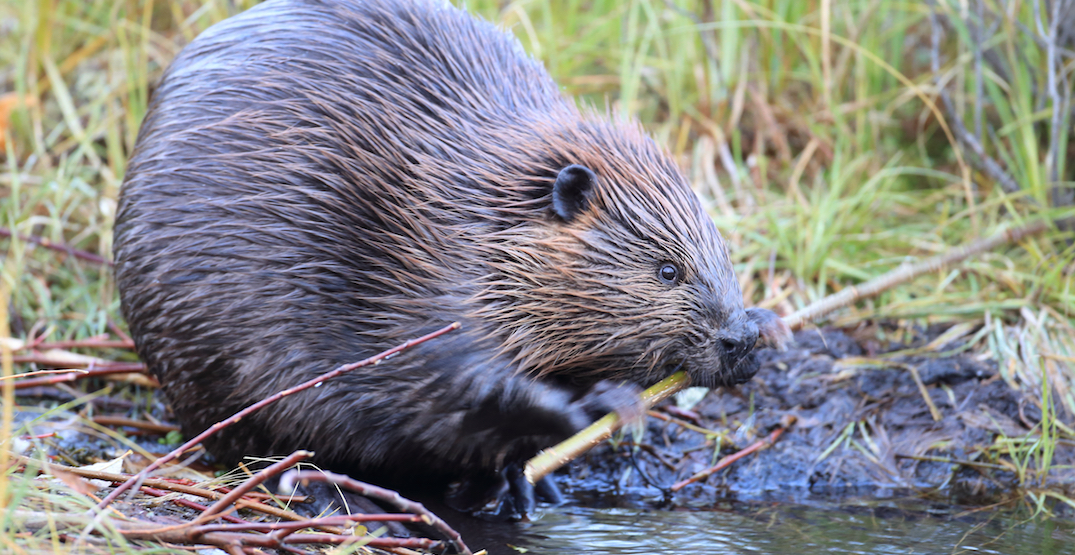 Beavers are like cute little furry architects, and of course, a symbol of Canadian pride, but when their antics get in the way of your GO Train commute, they start to become a little less cute.

Ontario is home to plenty of beavers, with many taking up residence in some of southern Ontario’s wetlands. And with the GO Train network sprawling all over the GTA and GTHA, the occasional run-in with a beaver is inevitable.

As fun as it is to watch, beaver’s dam building can cause serious problems for nearby train tracks. The buildups can cause severe flooding, which leads to soil erosion underneath the trackbed — a catalyst for crumbling embankments that can cause train derailments. In fact, two recent train derailments — one in Manitoba and another in Ottawa — resulted from flooding caused by beavers.

Thankfully GO Transit has a plan to combat the beavers’ buildups. If a dam is found too close to a track, a tool called a beaver baffle is used to keep the water flowing. Essentially, the baffle is a plastic pipe that’s run through the beaver’s dam and into a culvert — a structure (usually a pipe) that allows water to move directly under train tracks and roads. 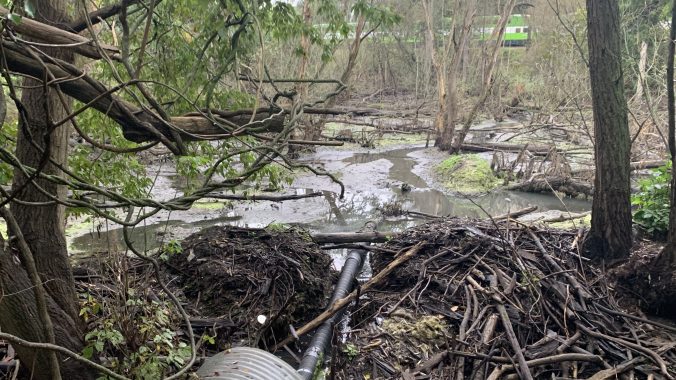 A beaver baffle feeding into a culvert. (Metrolinx)

The baffle causes the water levels to go back down to their previous state gradually. According to Metrolinx, because it’s gradual, the beavers adjust to the new water level and don’t try to fix the dam.

Another tactic Metrolinx uses is the placement of a cage around the culvert’s opening so that beavers will stay away and the water can keep flowing. 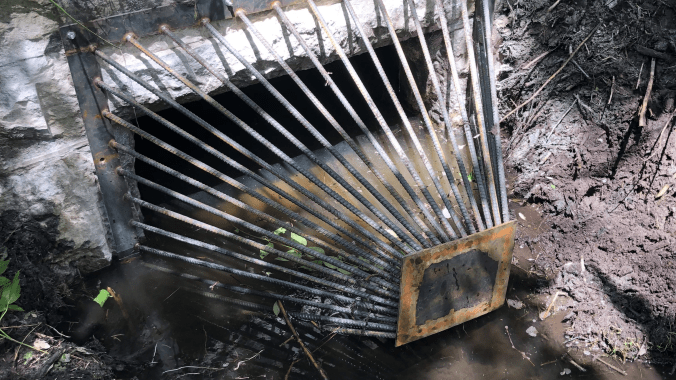 So the next time you see a beaver getting to work near a train track, just remember that under that fuzzy exterior is the potential for total mayhem.