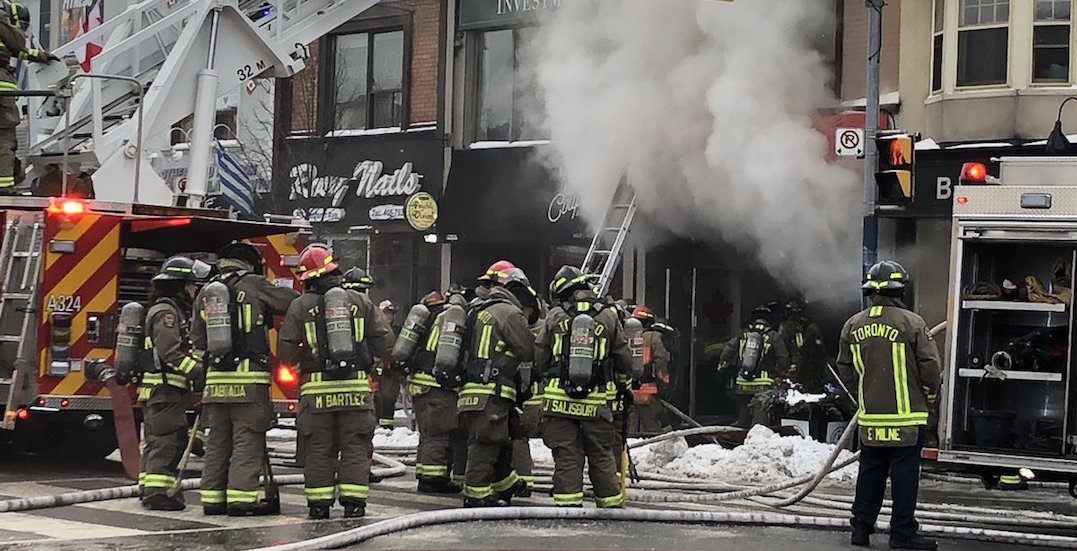 A GoFundMe campaign has gone live after a massive fire broke out on the Danforth this morning.

Toronto Fire Services battled a four-alarm blaze near Chester and Arundel avenues. Fire crews were called to the scene just after 6 am and chose to evacuate the neighbouring buildings.

The Danforth BIA confirmed that it was Detroit Eatery that was destroyed by the fire in an Instagram post.

“For many in the community Detroit Eatery has a special place in our lives. Many have been eating and socializing here for years, their children have grown up eating here; it’s been a staple of our community through generations. Our hearts go out to you and we wish you strength as you build up again,” the post reads.

And based on the GoFundMe campaign, the BIA is in good company.

“Owner Chris and his father Alex are beloved members of the Danforth and Riverdale community. Both contribute greatly to the community and play a major role in making the Danforth not only a destination but a home to many,” reads the campaign’s description.

The Detroit Eatery is not only a quality diner but a social hub and community hotspot,” it says.

“Please help restore it to its former glory and allow this establishment to serve the public for years to come.”