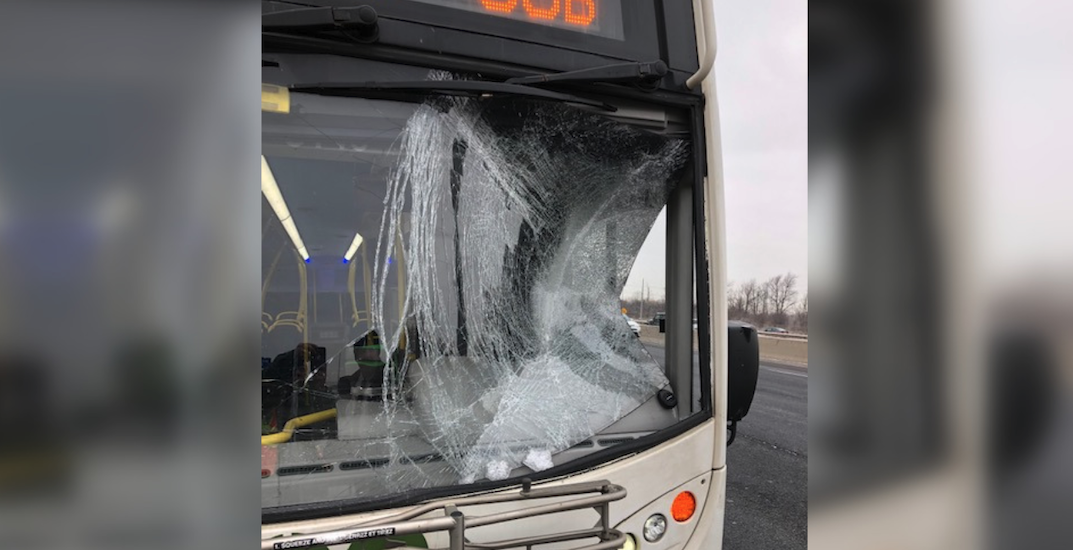 There were no serious injuries reported after flying ice from a truck hit a GO bus early Tuesday morning.

According to Metrolinx, a GO bus with passengers on board was travelling at highway speeds down the 401 near Meadowvale Road when it was hit with a “thick chunk of ice that flew off a transport truck.”

The transit agency said that there was “substantial damage to the front windshield” of the bus.

“We are incredibly grateful that no one was seriously injured,” said Metrolinx vice president of Bus Services, Eve Wiggins, in a Metrolinx post about the incident.

“The fact that our driver was able to keep control of the bus on the 401 is a sign of his skill, and shows how committed all of us are to getting each and every single customer to their destinations safely.” 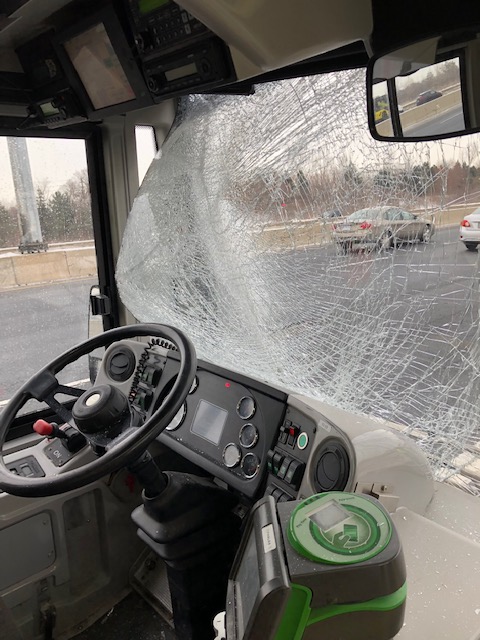 The ice shattered the windshield so much that it was almost impossible to see through it, according to Metrolinx.

And the uninjured driver managed to steer the bus off to the side of the highway.

“Good on to that driver to pull that vehicle over safely,” said OPP Sgt. Kerry Schmidt. “It’s good to see that no one was seriously injured.”

Schmidt said that ice on vehicles can cause “devastating injuries.”

The incident is being investigated by Metrolinx and the OPP, and they are reminding drivers to clear all snow and ice off vehicles before getting on the road.

“It is dangerous and can be deadly,” Schmidt said. “Just think about who you would want to be sharing the road with.” 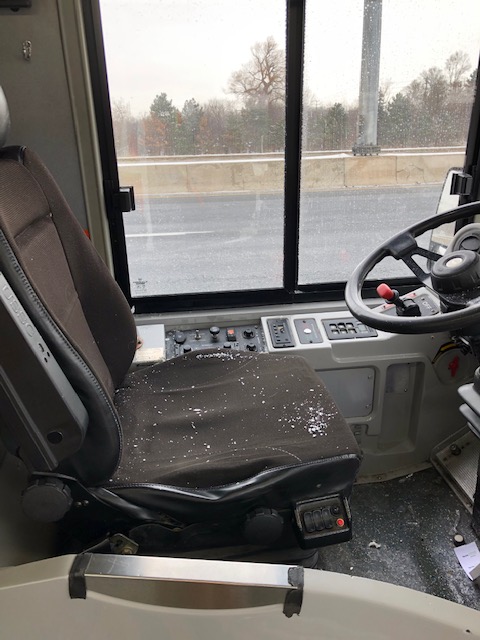