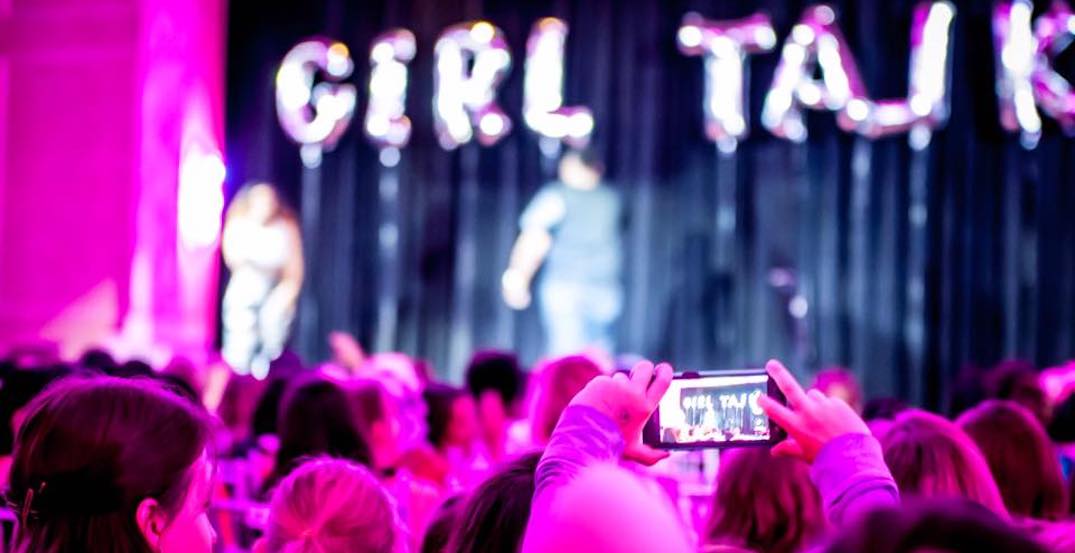 On Wednesday, June 5, over 1,200 girls from across Southern Ontario, ranging from 11 to 18, will gather at the Queen Elizabeth Theatre in Toronto. The event will offer a pep rally filled with motivational speakers, musical performances, and panel sessions.

Now in its seventh year, GIRL TALK Day has impacted over 10,000 girls, and it continues to spark inspiration and confidence in those who attend.

And who else will be attending this year’s event?

Olivia Lunny will be performing her hit “I Got You.” Lunny is a Canadian-born artist and songwriter. Her songs fuse together catchy pop melodies and alternative waves. Olivia’s debut EP in 2018 garnered her a Western Canadian Music Award nomination for “Pop Artist of the Year.”

Marrisa Papaconstantinou will be sharing her struggles and triumphs with tips on “Grinding to Success.” Being born without a right foot has never got in the way of Papaconstantinou pursuing what she wanted to achieve in life. She fell in love with track after being fitted for her first running blade at the age of 12 at Holland Bloorview Kids Rehabilitation Hospital.

She joined a local track club in Scarborough, the city she calls home. A year later, she was a Canadian record holder. At the 2016 Paralympics in Rio, Marissa finished ninth in the 100m but was disqualified during the 200m finals for stepping on the line.

Marissa has continued to improve her personal best times over the years and is now a solid medal favourite at the 2019 World Championships in Dubai and the 2020 Tokyo Paralympics.

LU KALA will perform her hit “Don’t Count Me Out.” LU KALA is a singer-songwriter from Toronto with a unique approach to pop music. She has been a singer all her life, but realized her songwriting potential in 2013 when she co-wrote a song with DVSN and Stephen Kozmeniuk. In 2014, the song appeared on Jennifer Hudson’s third studio album. Today, LU continues to work diligently at perfecting her songwriting skills and building her career as an artist.