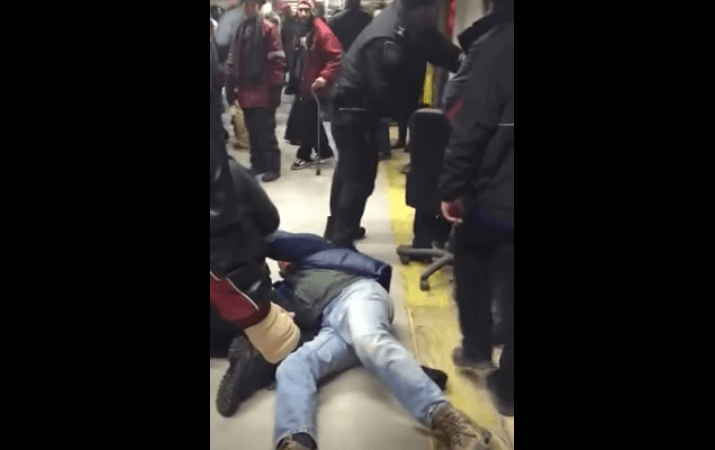 It was supposed to be an evening of sports and fun between a Toronto father and son.

Instead, on the evening of January 29, 2015, Russell and Jamie Gillman became the subject of a major TTC incident.

And now, the Gillmans have filed a $4 million damages suit against two transit enforcement officers and the TTC. They claim they were violently assaulted and unlawfully arrested at Union Station following a Toronto Maple Leafs game.

“This case is about those in authority overstepping their bounds,” said Michael Smitiuch, of Smitiuch Injury Law PC, one of the lawyers representing the Gillmans, in a statement. “Both the Gillmans and the public deserve assurances that this sort of incident won’t be repeated.”

According to Smitiuch Injury Law, 64-year-old Russell Gillman and his 35-year-old son Jamie were proceeding through the payment area at Union Station following the game when Russell Gillman accidentally brushed up against transit enforcement officer Brendan Higgins.

“It’s alleged that without warning, Higgins aggressively threw Russell Gillman against a wall, attempting to arrest him without reasonable grounds,” stated the law firm. While trying to assist his father, Jamie tried to speak with the officer when the fight allegedly broke out. A YouTube video of the incident surfaced a few months later, and was circulated throughout social media.

The video below contains material that may be disturbing to viewers.

The Gillmans lawyers alleged in the Statement of Claim that “the two transit enforcement officers applied excessive and unreasonable force under the circumstances.” They added that the “TTC allowed unqualified and inadequately trained employees to work as transit officers.”

Last month, on December 16, charges of assault and uttering threats were withdrawn against the Gillmans.

“We’re pleased that all charges against the Gillmans have been withdrawn,” said Bruce Daley, of Daley, Byers Criminal Lawyers, co-counsel for the Gillmans. “Jamie and Russell are anxious to move forward with their lives.”