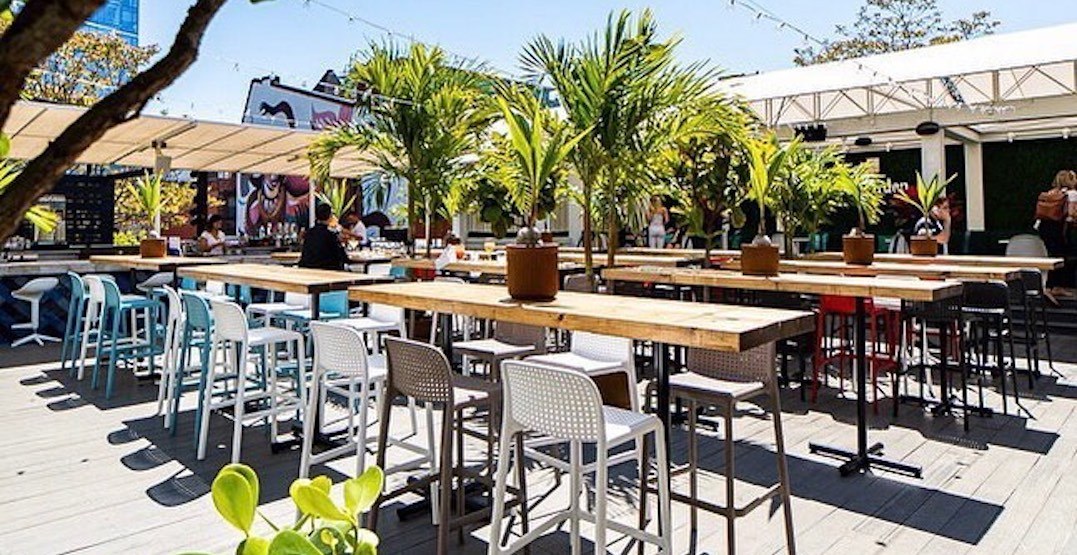 Downtown Toronto just got a new escape from the hustle and bustle.

Encased by lush greenery and the city skyline, The Gaarden, located on the rooftop at 314 Queen Street West, is ready to serve as your oasis.

The rooftop beer garden is serving up light, shareable bites and an extensive cocktail menu.

And in alignment with the bright vibes of the space, the menu features only the freshest ingredients.

Look forward to a Hoegaarden citrus beer cocktail, The Gaarden’s spin on a Caesar and signature favourites such as frosé, pina coladas and a jalapeno margarita.

“It is the perfect place to take a midday break from shopping along Queen West or to enjoy Toronto’s summer nights.”

The new spot is open from Wednesdays to Saturdays from 3 pm until late.

So bring your pals, sit back, relax, and pretend you’re not in the middle of the city.