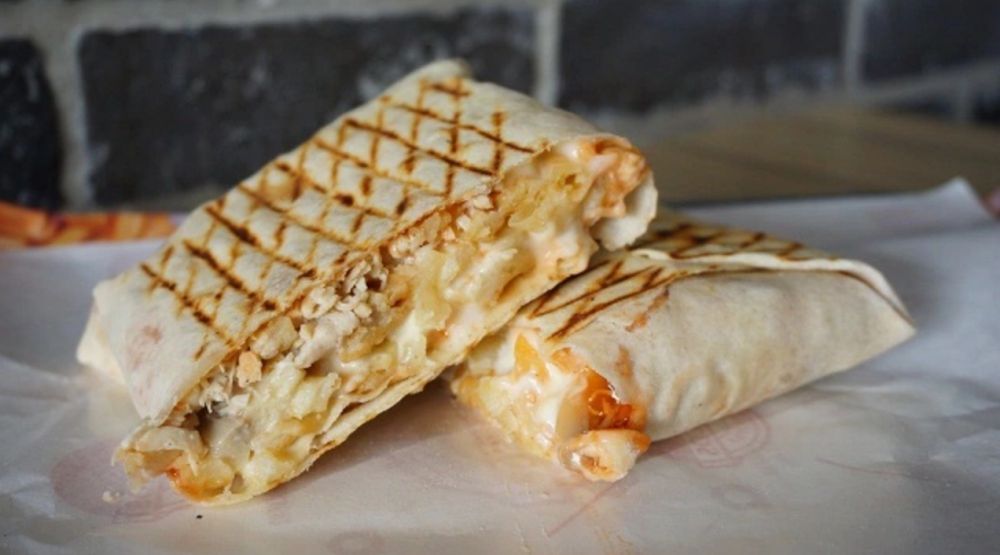 French tacos are about to make their premiere appearance in Toronto.

Lyon-to-Toronto transplant, Youcef Boudouh along with business partner, Mohamed Bordo have been craving the staple of French street food since landing in The Six. Now the duo is opening Mister Frenchy, a quick-service eatery on The Danforth where the French-Mexican fusion food will be a mainstay.

What is a French taco you ask?

Chaoui relays that creator of this favourite French food is up for dispute, though the handheld meals have been widely popularized by chain restaurant, O’Taco.

These “tacos” are really more like pressed burritos packed with French fries, creamy swiss cheese sauce, and a choice of proteins, veggies, and sauces all wrapped in a white tortilla shell and finished on a griddle until toasty.

Aside from French Tacos, expect the menu to feature pressed baguettes, Croque monsieurs, as well as sandwich roulé which Chaoui describes as pizza dough-like wraps stuffed with slow cooked marinated meats and various sauces and toppings.