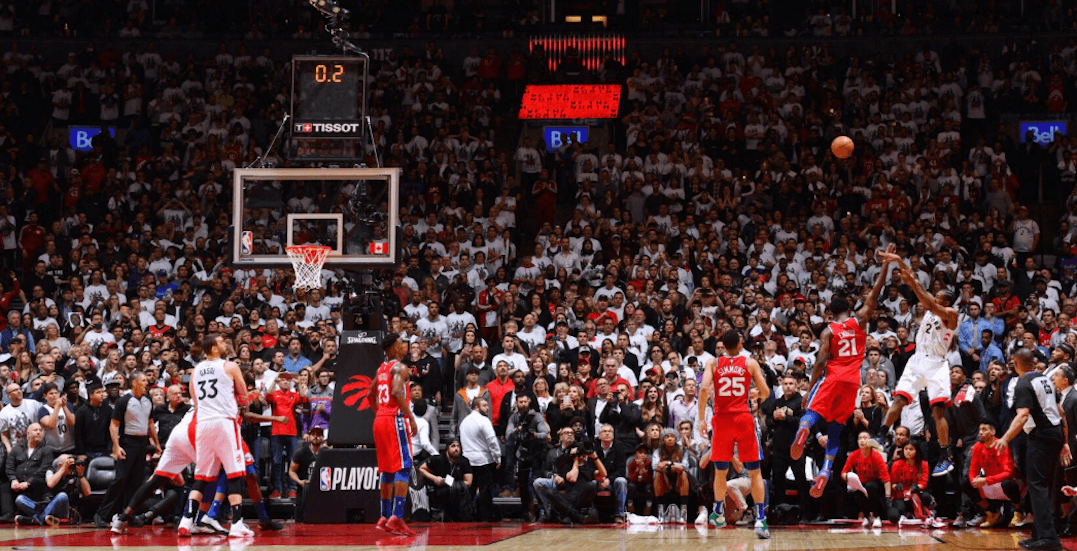 Don’t have a kabillion dollars to spend on Game 1 of the Raptors NBA Finals series tomorrow night?

We’ve got you covered.

Sobeys is hosting a shoot-to-win contest on King Street today until 2 pm, giving the top scorer a chance to win two tickets to Thursday night’s game.

And if you don’t come out number one, second and third place has some Raptors swag and Sobeys prize packs in store for you.

So get that free-throw hand ready, and head down to 369 King Street West for a chance to get a seat at the first game of the historic series.

And if you can’t make it to take a shot in person, Sobeys is also hosting an online contest that you can enter for a chance to win tickets to Game 2.