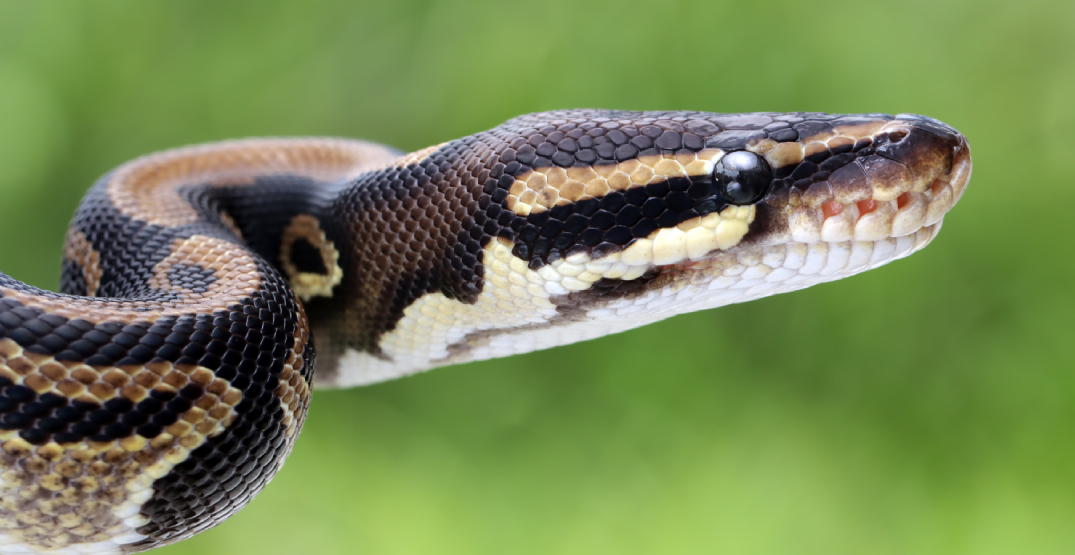 Now here’s something you don’t see every day.

A four-foot-long python was spotted in a sewer grate in Markham.

York Regional Police said officers were called on Sunday to carefully remove the snake and keep it safe until animal services arrived to care for it.

Police are calling it “the stuff nightmares are made of.”

THE STUFF NIGHTMARES ARE MADE OF – @YRP has seen its share of slippery suspects, but we weren’t about to let this serpent snake away on Sunday.

Officers carefully removed the four-foot python from a sewer and kept it until it could be re-homed by @cityofmarkham animal services. pic.twitter.com/1y1g7b49j2

The accompanying photo shows a brown and yellow snake with its body wrapped around a sewer gate, next to what looks like an old carton of President’s Choice pineapple juice.

Twitter users replying to the police’s tweet identify the snake as a ball python. According to reptile experts, ball pythons are low-maintenance, docile, and social — and they make great pets!

Police are unable to confirm how this particular snake ended up in the sewer.