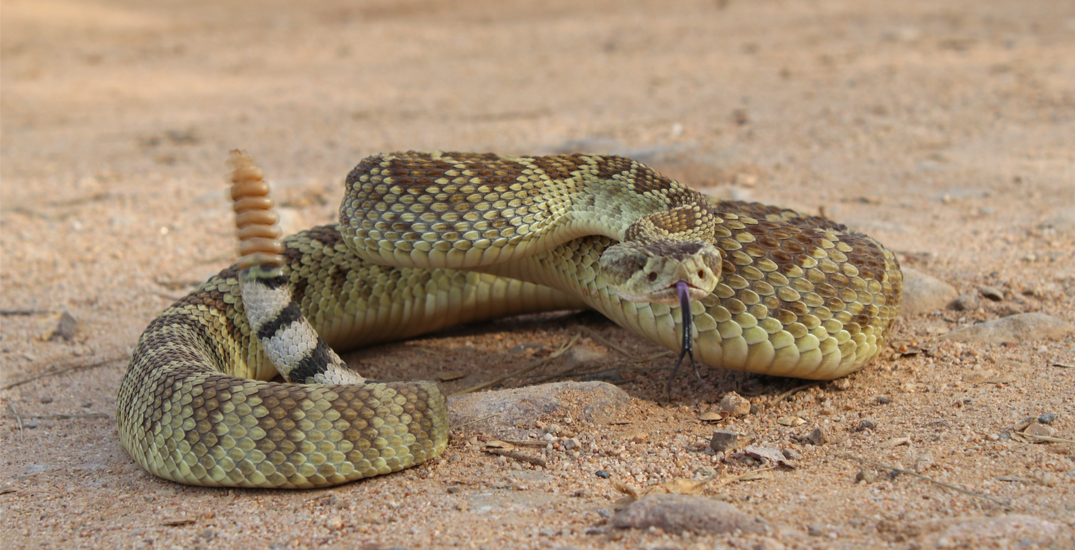 It might surprise some Albertans that rattlesnakes call parts of the province home. So much so that in the City of Lethbridge, there is a dedicated staff who residents can report sightings to or have rattlesnakes relocated from urban or recreational areas.

It sure is the wild, wild, west in southern Alberta, huh?

“Each year between early May to December, when rattlesnakes are out of hibernation, rattlesnake consultant Ryan HeavyHead relocates rattlesnakes on public or private property where there is a concern for public safety,” the city website states.

“The snakes are relocated from areas of conflict, back to their permanent natural habitat and away from people/pet conflict.” Yea, we got to protect our slithery friends!

Lethbridge does the relocations due to the Province of Alberta Wildlife Act, which prohibits anyone from owning/harassing wildlife, including rattlesnakes and bull snakes.

From 2015 to 2019, the City of Lethbridge says it received nearly 500 calls regarding rattlesnakes being spotted in areas around the city.

What to do if you encounter a rattlesnake?

If you encounter a rattlesnake while exploring the city in southern Alberta, it’s advised that you back away slowly, remain calm and give the snake space.

“Rattlesnakes are not aggressive and, given a choice, will retreat rather than strike. However, if surprised, stepped on or cornered, they can strike up to a distance about half of their length,” the city website states.