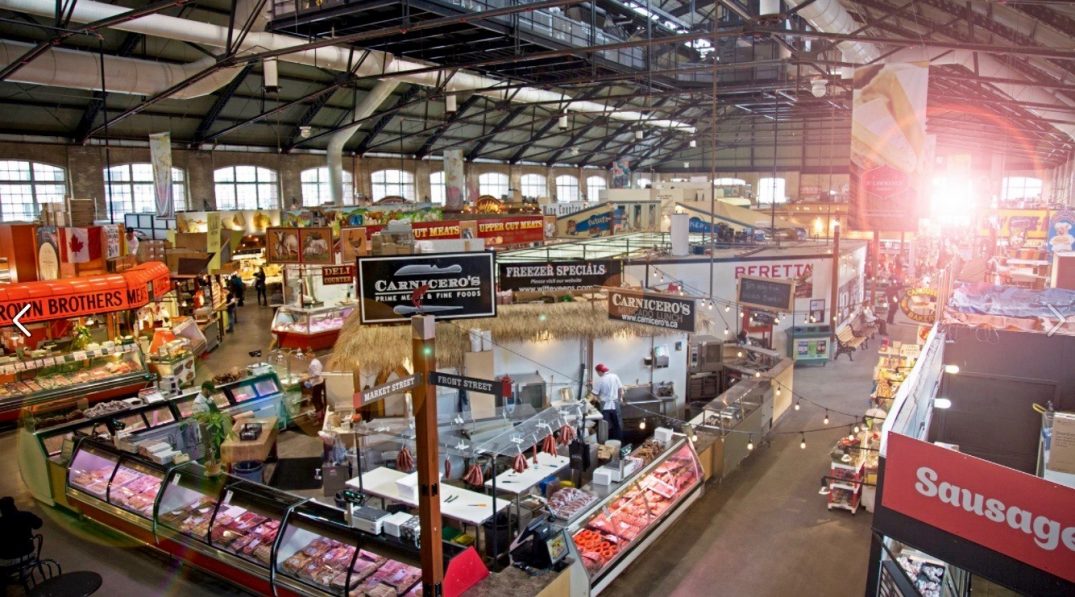 Another four employees at the St. Lawrence Market have tested positive for COVID-19.

Three workers at different stalls tested positive, and the fourth case is in a facilities management employee, the City of Toronto announced in a news release Wednesday afternoon.

“The risk to the general public is low, as the interactions with employees with infections would have been brief (lasting one to two minutes), while employees and patrons were wearing masks and maintaining physical distance as much as possible,” the City said.

The employees last worked at the market on December 24, 26, and 31. Public health has completed contact tracing and all the patient’s close contacts have been notified.

Two of the employees are believed to have caught the virus from an extended family member at a holiday gathering. The third employee was a close contact of another market employee who tested positive earlier in December. Their case was discovered while they were in self-isolation.

It’s not known where the fourth employee acquired their infection, and public health staff have attributed it to community spread.

The current cluster of cases at the market has not been deemed an outbreak, the City added.