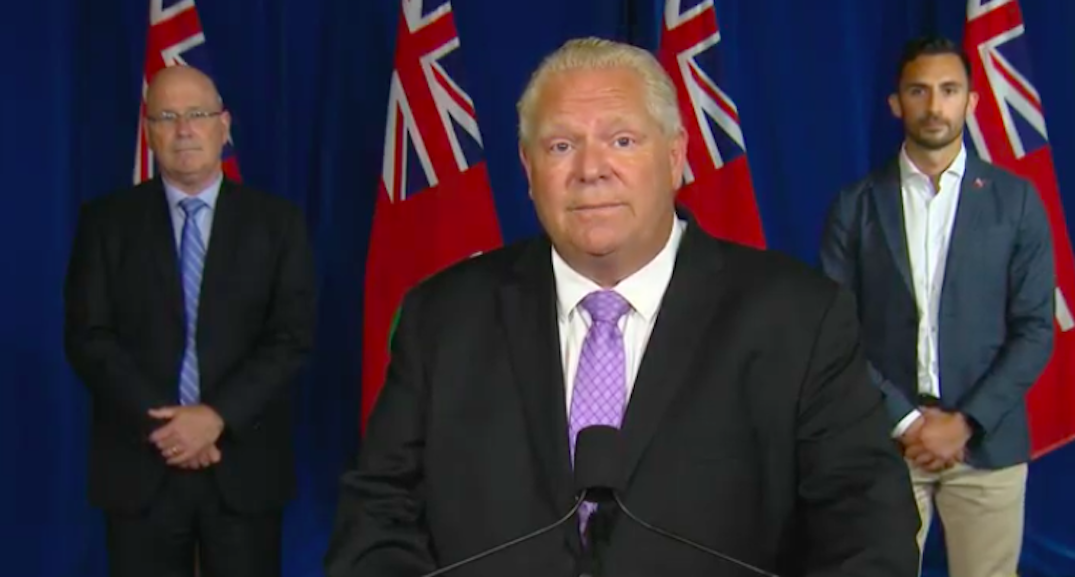 Premier Doug Ford wants police to lay charges for those holding large gatherings as COVID-19 cases in the province continue to increase.

On Tuesday, Ford said that police should lay charges and is encouraging neighbours to contact the police if they see a party happening.

“We have to bring the hammer down.”

Ford added that over the weekend he heard of cases in Muskoka, where a large gathering took place, with people coming from outside of Canada, and a coronavirus case came from the gathering.

“In Muskoka there were over 170 people being irresponsible, and sure enough, there was a COVID case. We can’t have these parties, some of them going to three o’clock in the morning.”

The premier said that the Ontario Provincial Police had 622 charges but that they must report to the federal quarantine officer, who then decides on what charges need to be made.

“We need to get down hard on people. It’s a privilege to come to Canada and be here in Ontario. If you’re not quarantining we’re coming after you.”

“…These big weddings, I know a lot of cultures have this, but you just can’t do it. Postpone it or get married in a small group. It’s frustrating because it affects the rest of the province.”

When asked if regions will have to revert back to Stage 2 if cases continue to increase, Ford responded that he will consult with the Chief Medical Officer of Health, Dr. David Williams, and his entire team.

“If it keeps creeping and creeping and people keep ignoring the protocols…come on, guys. We’ve gone through everything as a team. We just can’t do it. Don’t go to these parties.”

Ford said that Ontario has the “best and brightest students in the world” but that going to these campus parties could only make community spread worse.

Williams was in agreement with the premier adding that people are beginning to ignore public health measures, which is problematic as the fall season approaches.