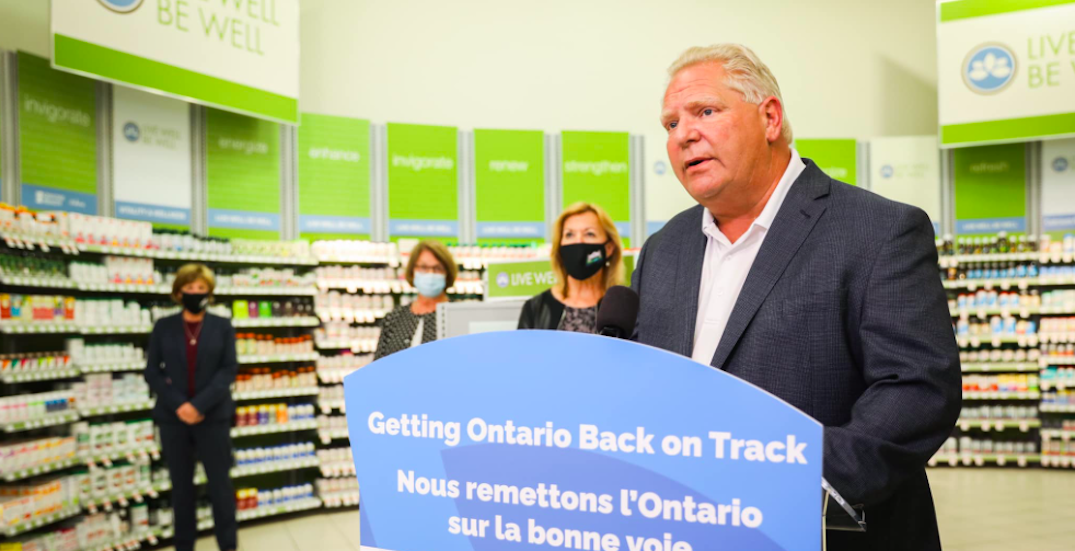 Premier Doug Ford said he is “absolutely not” in favour of decriminalizing small possession of drugs after Toronto’s top doctor recommended the notion earlier on Friday.

“I am not in favour of decriminalizing a small quantity of cocaine or heroine. We need to put more money, more support into addiction.”

He added that the province has invested $3.8 billion in mental health and addiction services “to support these people, not encourage them to do more cocaine or heroine.”

He said the support needs to go towards getting people into rehab.

“I am absolutely 100% not in favour of legalizing small quantities of heroine or cocaine. It’s a terrible, terrible drug. We’re not talking weed or marijuana, we’re talking about drugs that are highly addictive.”

She noted there are safety sites so that people who use drugs can do so in a safe and controlled environment.

“We then talk to people to get them to rehabilitation if we can. We want to get people off drugs, not take more,” she said.

De Villa sent out a report stating that the overdose crisis in the city has been exacerbated by the pandemic, resulting in the death of 132 people from April 1 to September 30 — nearly double the number during the same time last year.

The letter recommends “urgent actions” need to be taken from all three levels of government including:

De Villa’s report and recommendations will be considered by the Toronto Board of Health at the upcoming virtual meeting on Monday, November 16.