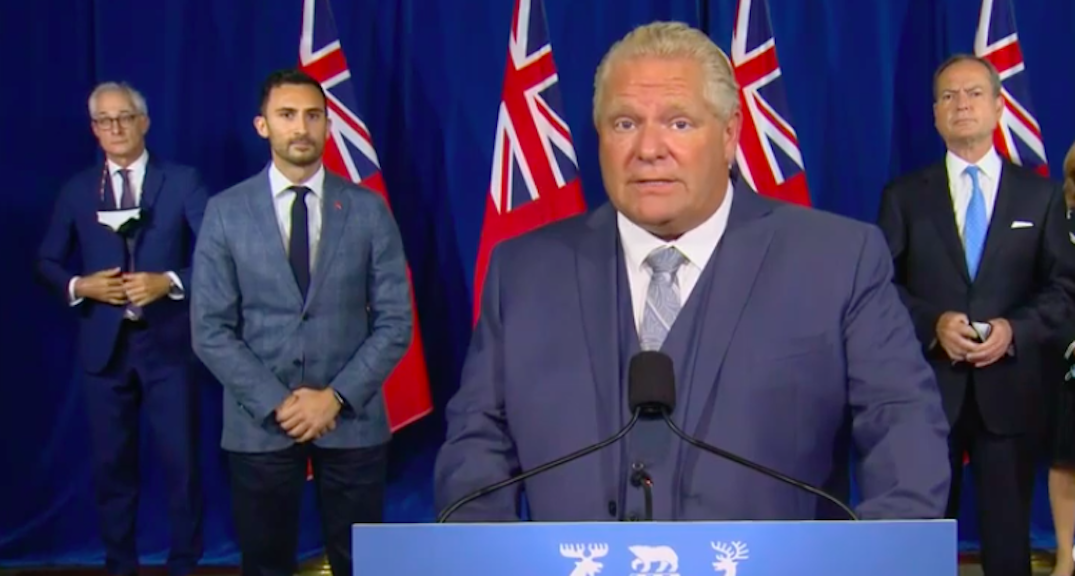 Premier Doug Ford said that he is looking to implement “severe fines” for those not following social gathering rules.

On Wednesday, responded to a question during the press conference, on fining residents who are breaking health protocols.

The premier added that it will also be under provincial jurisdiction and not federal.

Ford said the announcement on the fines will likely come tomorrow.

“I’ll be bringing this to the cabinet after this.”

Ford also said that he will consult with the Chief Medical Officer and mayors of different provincial regions to discuss how to slow the spread of the virus in hotspots like Toronto, Peel and Ottawa.

Of the new cases reported today, 77 were in Toronto, 54 were in Peel Region, and 61 were in Ottawa.

Public health officials say many of the new cases in the province have been linked to large private social gatherings and events.