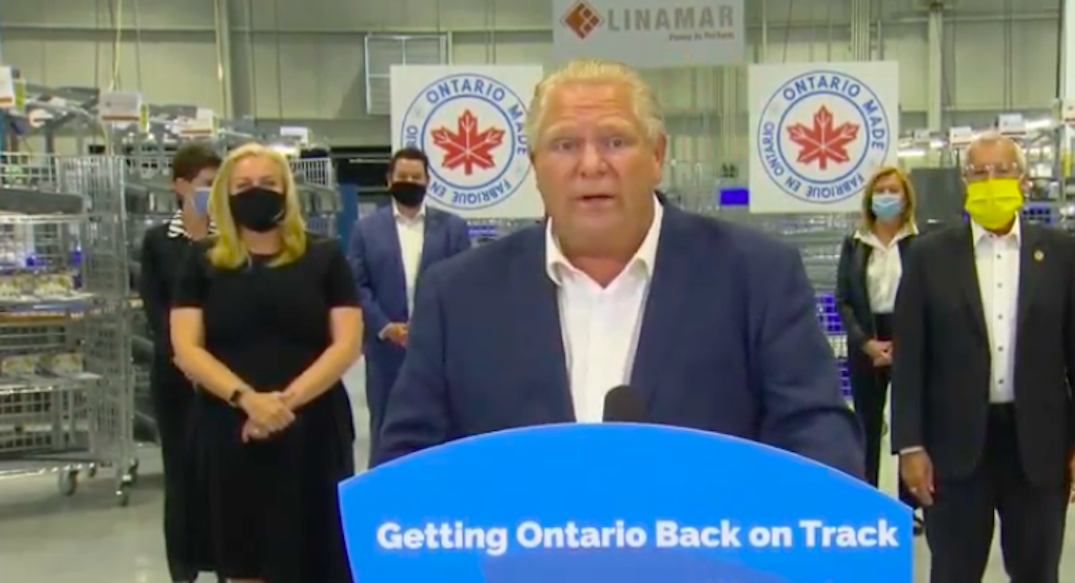 Premier Doug Ford said that according to officials, the second wave of COVID-19 could be more complicated than the first one.

“We’re working around the clock to get ready for the second wave,” Ford said. “Having enough ventilators is critical, as it’s a matter of being ready for the worst or not.”

The premier announced that the Ontario government is investing $2.5 million through the Ontario Together Fund in Guelph-based Linamar Corp. to support the retooling of its assembly line to manufacture 10,000 ventilators.

“Ontario is the workshop of Canada, and it’s the creativity and ingenuity of enterprising companies like Linamar and O-Two that will make Ontario-made medical equipment known for quality and excellence across the country and around the world,” said Ford.

“By building homegrown capacity to make ventilators, we will never again have to rely on any other country for this critical piece of lifesaving medical equipment.”

Through the Ontario Together Fund, the government is increasing the province’s stockpile of Ontario-made products and personal protective equipment (PPE) to prepare for future outbreaks and the second wave.