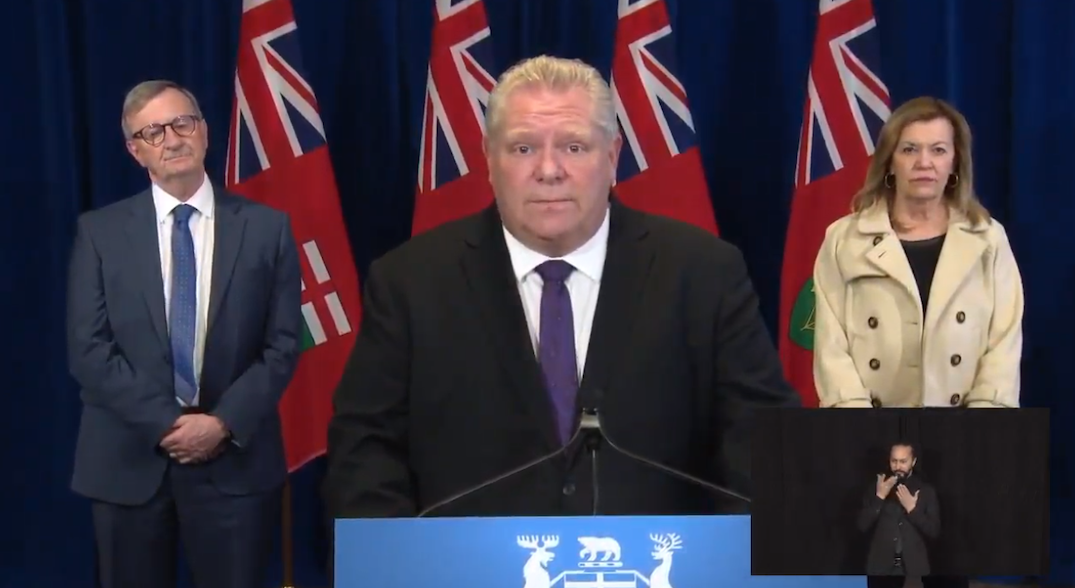 Premier Doug Ford said he will “look into” reopening boutique fitness facilities in the province’s COVID-19 hotspots and defended his decision to reopen dance studios.

On Tuesday, Ford said that dance studios could reopen because they use a cohort model similar to public schools.

The premier said he would “look into” other boutique fitness facilities that offer classes, but he noted comparing them to dance studios is like comparing “apples and oranges.”

“How it was explained to me was very simple: These groups are coming in different groups into the boutique fitness areas compared to a dance studio that is there for teaching, and they have a cohort, if you want to call it that, compared to the fitness studios. I don’t think you can compare the dance studios with certain students over and over again to fitness areas,” Ford said.

On October 10, dance studios, gyms, fitness centres, movie theatres, and indoor dining establishments were ordered to shut down in Toronto, Peel, and Ottawa, with the same happening for York Region on October 20.

Ford said that he is doing “everything” he can to “make sure we get these places reopened as quickly as possible,” but he did not clearly state which places were allowed exceptions like the dance studios.

On Monday, dance studios were given the green light to reopen.

Attendees must pre-register for each class and remain two metres apart at all times. In line with the province’s indoor gathering limits, there can be no more than 10 people in a studio at a time.