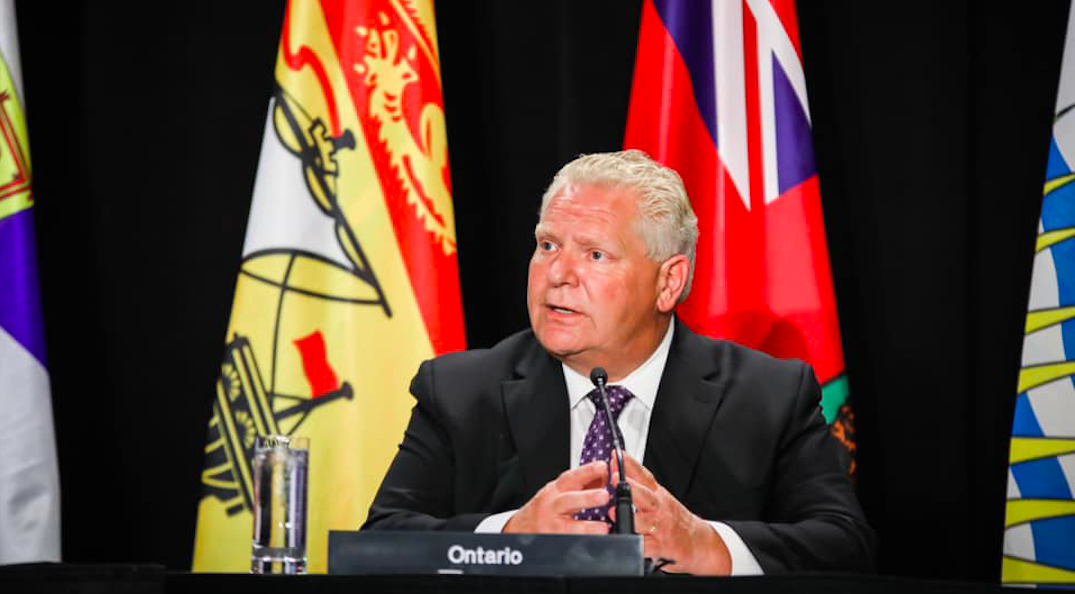 It looks like Premier Doug Ford’s popularity has dropped four spots to sixth place since the last poll was conducted in the summer.

According to the latest poll by August Reid Institute, with the second COVID-19 wave hitting Canada, premiers are facing significant challenges.

Compared to the poll done in August, the new study “finds Canadians generally continue to hold positive views of their respective premiers’ job performance. But the trend line also indicates the days of provincial leaders appearing incapable of doing wrong politically – as they did in the spring and summer – are long gone.”

Ford previously held the second spot for most popular premier with 66%, whereas now he’s in sixth place with 55%.

According to the recent poll, when evaluating public opinion, the early days of the pandemic were a strong point for Ford in Ontario.

“Ford’s shift in persona enabled him to earn the approval of Ontarians previously entrenched along party lines,” the report says.

While Ford’s approval remains at a majority level, it has fallen 11 points in the last three months. In the province, COVID-19 hospitalizations have climbed to new highs, and the Peel region and City of Toronto have entered another lockdown, with other regions entering tighter restrictions.

The province has been reporting over 1,000 cases for a few weeks, with health officials projecting the province could reach 9,000 daily cases by the end of the year. 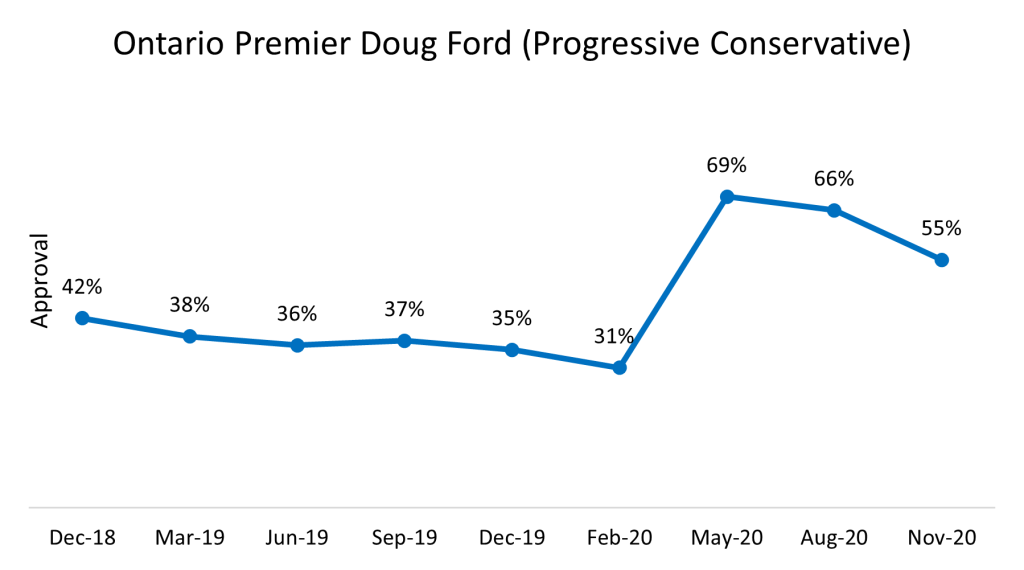 In third was New Brunswick Premier Blaine Higgs at 63%, followed by Nova Scotia Premier Stephen McNeil with 62% and Saskatchewan Premier Scott Moe with 61%. 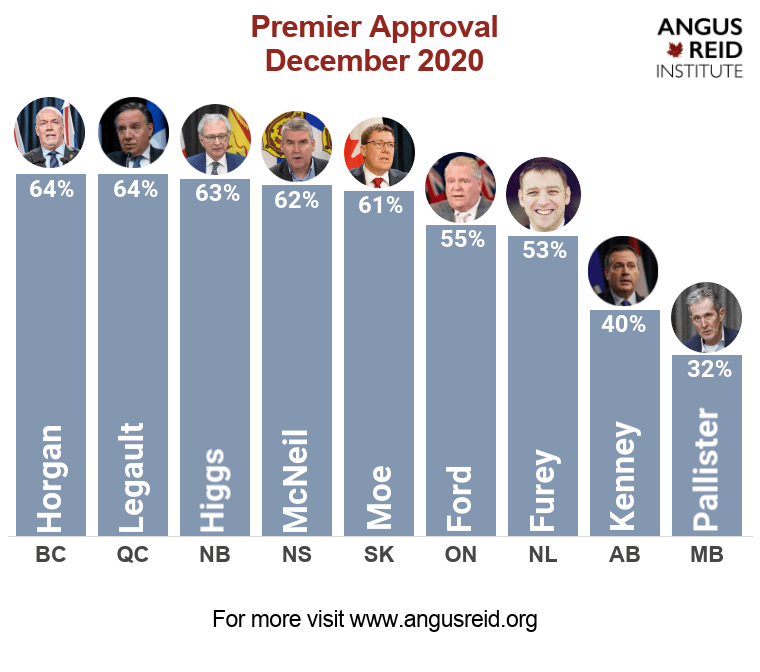