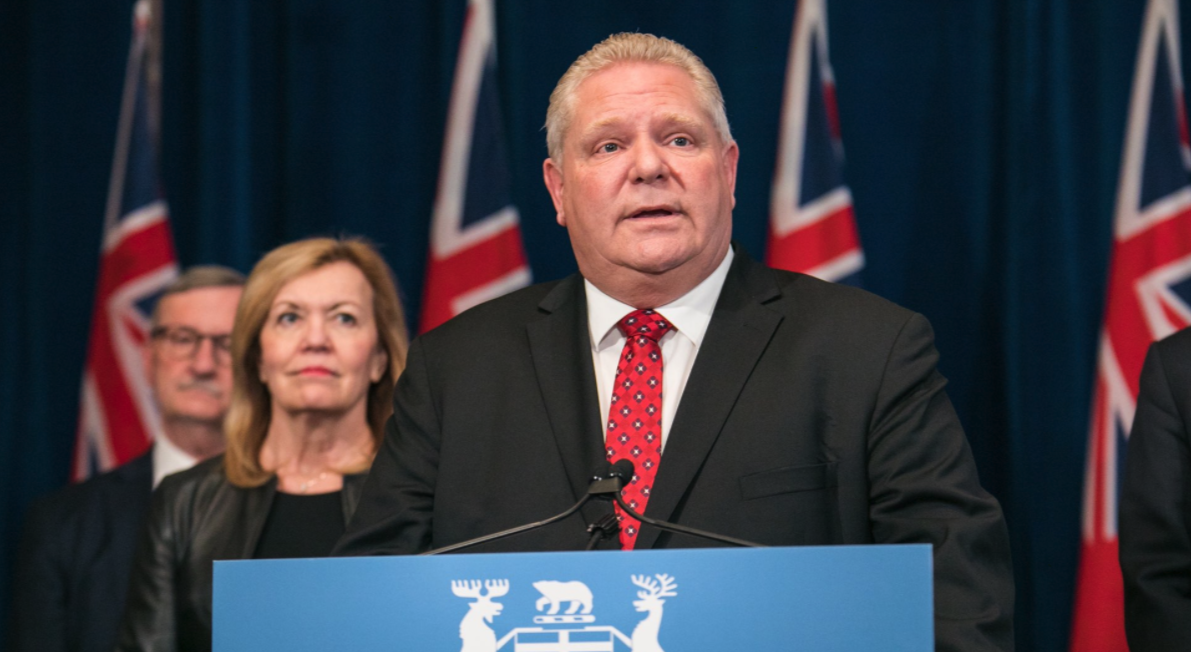 The Government of Ontario announced new measures to help residents during the COVID-19 pandemic, like suspending evictions, license renewals, and bypassing noise bylaws during evening hours to allow truck deliveries.

On Thursday, Premier Doug Ford said that the provincial government will have an emergency sitting of the Legislature at 1 pm to introduce emergency legislation in relation to the COVID-19 pandemic.

One is waiving a requirement for individuals to need sick notes for the workplace.

“These will be immediate relief measures for families and workers. This legislation is critical. No one should worry about losing their job because of the virus,” Ford said.

The premier also said that all evictions orders will be suspended until further notice, as well as renewals for drivers licences, vehicle stickers and health cards.

The province will also be taking effective action to ensure that grocery stores receive product continuously. This means, temporary changes will be made for stores to get deliveries 24 hours a day, seven days a week, across the province.

Right now, with the Noise Bylaw in cities, deliveries can only happen at certain times during the day. This measure would, for the time being, overrule this bylaw.

“We have heard that there is pressure on the system due to panic-buying,” Ford said. “Don’t hoard, don’t panic-buy.”

The premier said he spoke with the Retail Council and they will not be using line-ups at grocery stores in the province. According to Ford, they said the lines would be worse. Instead, he stressed that Canada is the last country in the world to worry about toilet paper.

“There’s not a supply issue,” he said.

Ford also announced that 2,000 additional phone lines were added to Telehealth Ontario to help residents with questions regarding coronavirus symptoms.

Earlier this week, Ontario declared a state of emergency  and prohibited public events of over 50 people, and now mandated the closure of restaurants and bars until March 31. Restaurants can still provide take out.

“It is absolutely critical that as a society we’re all practicing social distancing to slow the spread of this virus,” Ford said. “We can avoid a situation where we see a sudden and dramatic spike in cases.”

This includes a $27 billion fund that will be directly supporting businesses and workers, as well as $55 million put forward in tax deferrals.

Trudeau also announced an Emergency Care Benefit comparable through what would be paid through EI for people who are ill, quarantine or self isolate, or caring for someone who is sick. It would provide up to $900 bi-weekly, for up to 15 weeks.