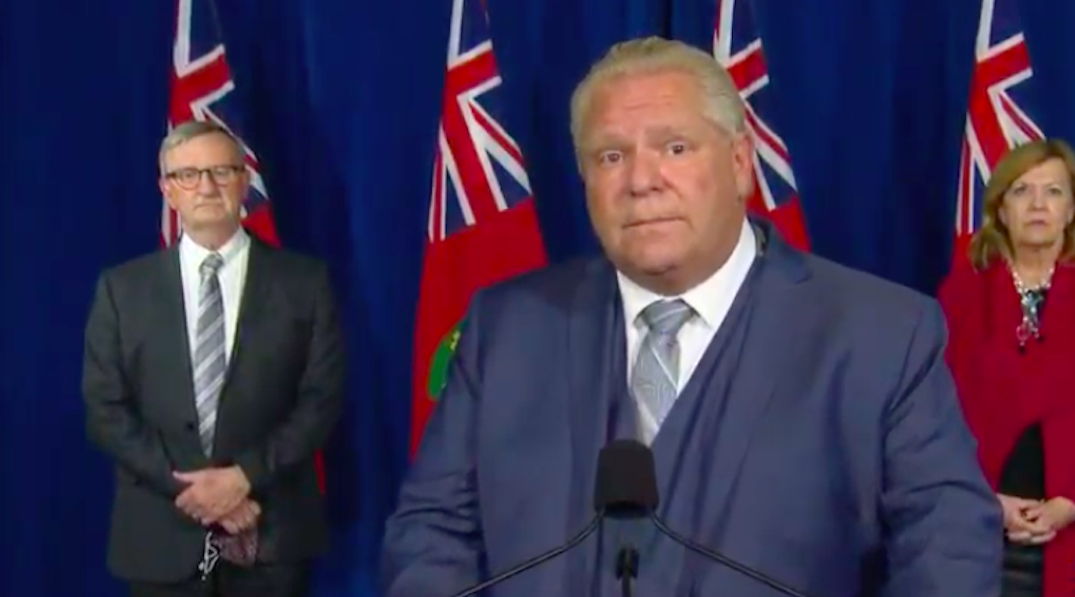 Premier Doug Ford is set to make an announcement on Monday afternoon, as additional details are expected to be released regarding lockdown measures in Ontario.

During Friday’s presser, Hamilton was announced as the next region to head into lockdown on December 21, joining Toronto, Peel, Windsor-Essex County, and York.

During the announcement, Ford also mentioned that additional details would be released on Monday after extending lockdowns currently in Toronto and Peel Region.

“As for the lockdowns in the areas that are locked down right now that are expiring on Monday, I can tell you they won’t be expiring,” Ford said. “We’re going to continue on with the lockdowns within those regions.”

CBC has reported that as part of new measures being mentioned on Monday, a 28-day lockdown for all parts of the province south of Sudbury will be included.

Their sources also mentioned that restrictions in these areas would be reminiscent of Ontario’s first shutdown in March, with only essential businesses staying open.

This push comes after the Ontario Hospital Association (OHA) called on the provincial government to enforce a four-week lockdown in certain public health units as COVID-19 cases continue to rise in Ontario and hospitalizations are increasing rapidly.

Though Ford said he might consider a two-week shut down after the holidays, the association recommends that at a minimum, the Ontario government should implement and enforce “a four-week lockdown in every public health unit with an infection rate of 40/100,000 population or higher,” according to a news release.