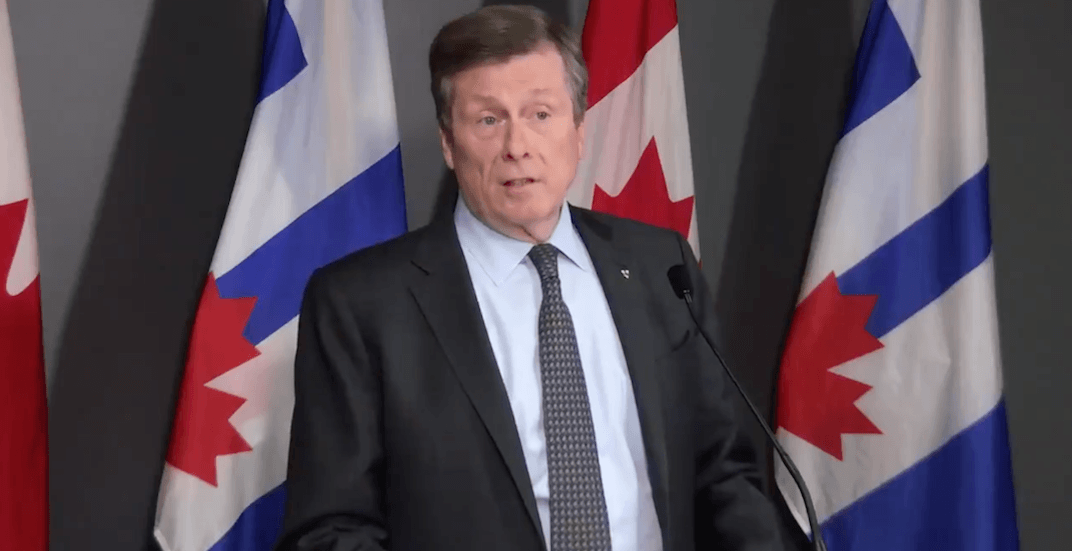 On Wednesday during a press conference, Tory said, “going back to the good old days is just not in the cards.”

He added that the city should be doing more to limit COVID-19 spread, not less and that increased restrictions should occur before the 28-day lockdown ends on Monday.

While Tory would not delve into the specifics, he noted that he supports “some sort of break in schools with virtual learning in early January.”

He also called for regional closures and to take lessons from Quebec, which recently announced a two-week shutdown starting December 25. Specifically with the closure of non-essential businesses and office spaces.

“I’ve asked city officials to look at programs and facilities to see what could be shut down or modified to stop the spread,” he added.

Tory said he has been in talks with Premier Doug Ford and mentioned the announcement of new restrictions should be done with notice; ahead of the planned expiry of the lockdown on Monday.

“Much of our success will see how people choose to spend your holidays; people did the right thing during Easter… cell phone data showed people stayed indoors much more than we do now. Today should be a jolt for all of us,” Tory said.

Toronto’s Medical Officer of Health, Dr. Eileen de Villa, agreed with the mayor and said that the “risk of more widespread illness is real and rising.”

“Staying apart worked in spring and flattened the curve. But people aren’t staying at home as much. Our call to action has never been clearer. I cannot urge you strongly enough to keep apart during the holidays…the holidays in 2020 pose a real threat.” 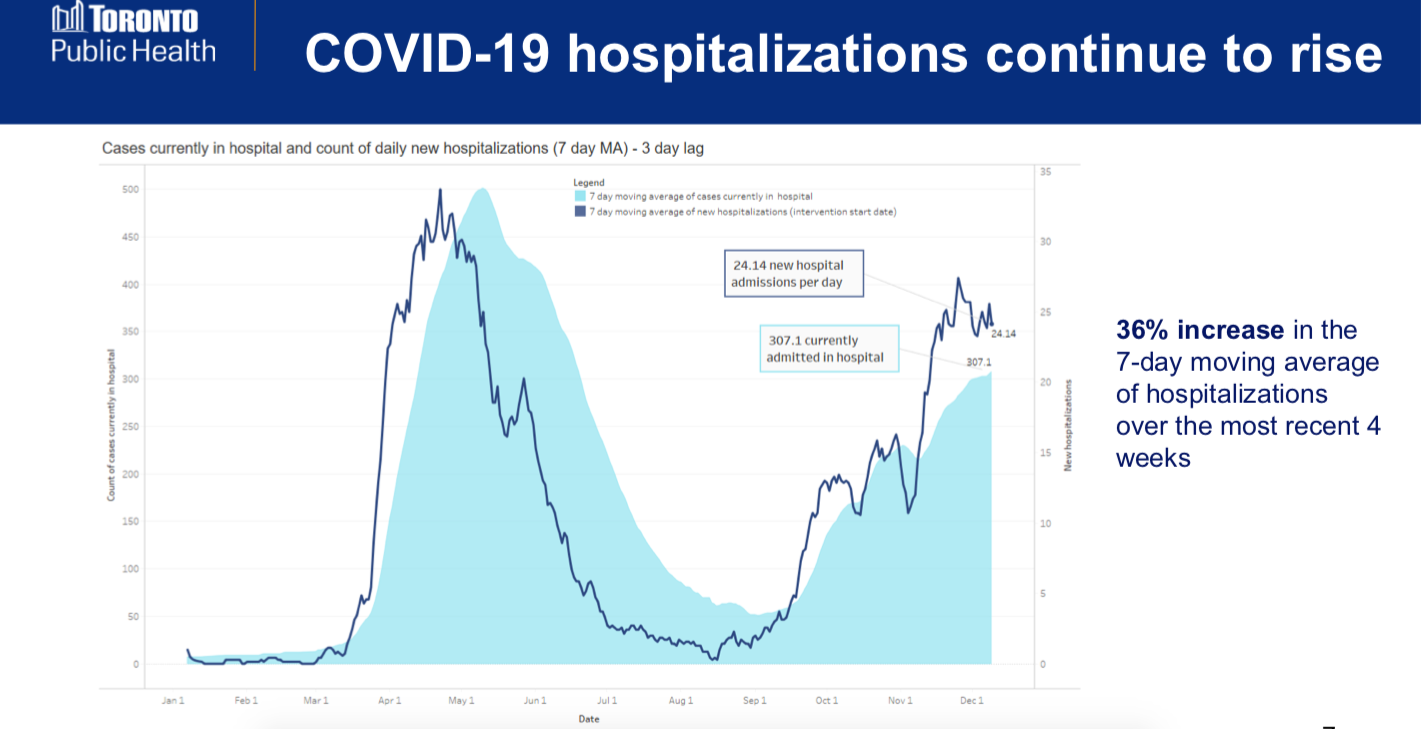 Toronto and Peel, which have both been in lockdown since November 23.

Lockdown restrictions include only allowing retail stores to offer curbside pick-up or delivery. Restaurants can only be open for pick-up, drive-thru, and delivery.