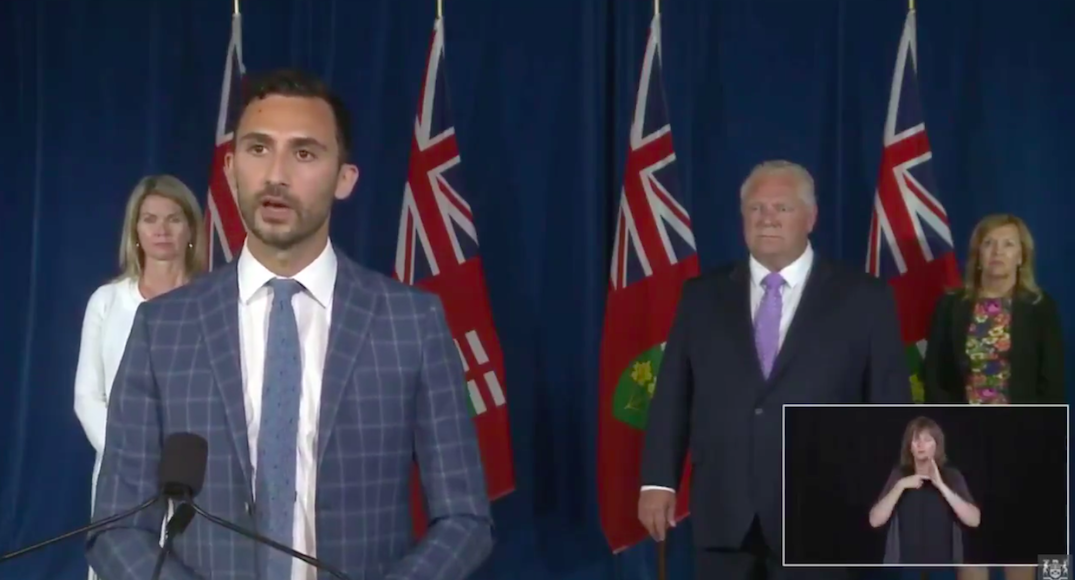 Premier Doug Ford and Education Minister Stephen Lecce are set to make an announcement in Mississauga on Thursday afternoon.

During the second COVID-19 wave schools have remained open. While the notion of a prolonged winter break was initially seeming like a possibility, Lecce announced last week that it would not be necessary as schools have “low levels of transmission.”

There have been 1,193 school-related cases in just two weeks, with 3,076 reported 14 or more days before that.

Currently four schools have closed from the virus and 688 are reporting cases. There are 4,828 Ontario schools in total.

According to the province, there will also be new COVID-19 projections released later today after the announcement.