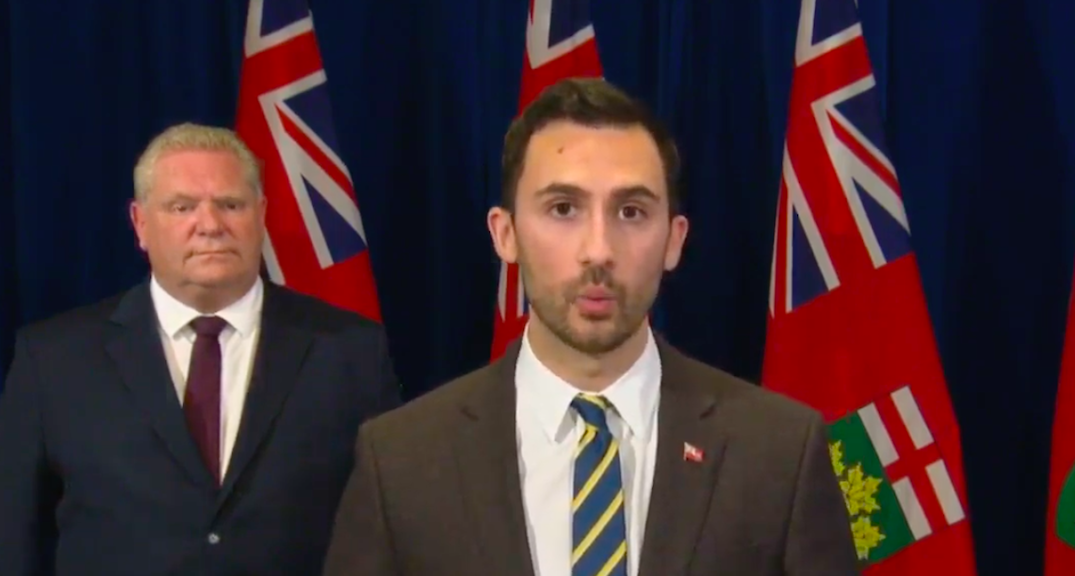 Premier Doug Ford will make an announcement with Education Minister Stephen Lecce on Friday, a day after the province said schools will be closed for in-class learning until the end of the month.

On Thursday, the province announced that they had extended online learning until January 25 for parts of the province, as COVID-19 cases continue to rise at “an alarming rate.”

According to the province, these time-limited measures are being taken to help ensure that “all Ontarians stay at home as much as possible to minimize transmission of the virus” and prevent hospitals from becoming overwhelmed.

The provincial release noted that while targeted testing is done among students and staff, in December 2020 they confirmed that schools were not a “significant” source of transmission; however, with “concerning behaviour over the holidays” the positivity rate among school-aged children “increased sharply.”

Now the positivity rate for kids aged 12-13 years old has increased from 5.44% in late November and early December to nearly 20% in early January.

Ontario has been in a province-wide lockdown for almost two weeks with the province reporting it’s highest single-day case to date with over 3,500.

The briefing will take place at 10 am from Queen’s Park.